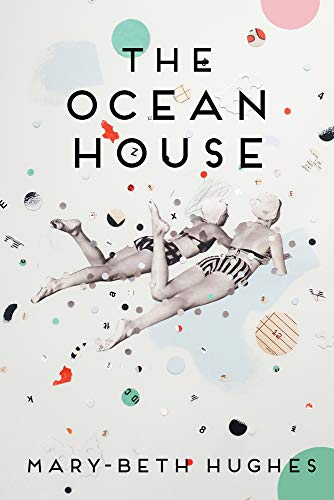 The short stories in Mary-Beth Hughes’ collection The Ocean House are linked, not by the titular manse—the last of the great seafront houses in Long Branch, New Jersey, its property coveted by the next-door Beach Club—but, tentatively, by people. The central character in one story will show up, obliquely, in the next. A child is seen as a teenager, then as a young woman, as the years march forward, starting in 1962.

It can be an effective technique. Is it universally effective here? Unfortunately, no, though it succeeds often enough that the reader wants it to be better. Some short-story collections switch on a light as the pages turn. Others are hard work. This is one of the latter.

Hughes’ literary gifts are obvious. Although she eschews quotation marks, she has a great ear for the way people talk, and the stories are rich in their construction, full of the little details that add up to a life. But many are difficult and not very accessible, with some—“Fragile X,” “The Elixir”—straining for effect. In the first one, a recurring, fairly nasty character named Hadley smuggles art from Paris into the U.S., but the effect is cartoonish, with overtones of Sunset Boulevard. And Hadley never comes into clear focus. In the second one, a rural patriarch out of the Grand Guignol is luridly depicted but is not even remotely believable.

Some stories are lovely. “Summerspace” begins, “In the summer she would turn 26, Cece worked as a part-time assistant in a temporary preschool in Brooklyn.” It’s a brief, believable window into the life of that school, as Cece—with challenges of her own—tries to steer a troubled pupil named Clarence (who, she’s told, will never be able to read well) into a productive life. The reader’s feet are on the ground, and the story is poignant and true.

“The Ocean House” has effective scenes between adolescent sisters Courtney and Paige, one trying to grow up too fast, the other trying hesitantly to affect a rescue. Hughes knows this territory.

In “Outcast,” a young mother hires, against her better judgement, a flighty red-headed teenager (dispatched by the sinister Hadley) to take care of her two children. The encounters between that mother, Faith, and off-center Lee-Ann are realistic and compelling, and, as they try to bond in a diner, could have been plucked from Salinger’s Nine Stories. Faith’s initial impulse to put Lee-Ann right back on the train that delivered her become tempered with pity and the start of what might become empathy.

“Dove” has a family gathering around the deathbed of Rebecca, a gifted artist. Son Sebastian is forced to deal not only with his dying mother but his sponging stepfather, flighty sister (a “perma-intern” at Elle, paid “14 cents a week”) and the sister’s pill of a boyfriend. It works.

If you read just one of these stories in a magazine, you’d want to find the collection that houses it.

But many of the tales begin in obscurity and never fully emerge. And others make inexplicable choices. “The Healing Zone” follows from “Outcast” but rewinds to give us some of Faith’s backstory, and relationship with her husband, Owen. Lee-Ann is offstage, but not her actions. A tragedy occurs, central to the book, but it’s weirdly offstage and backed-into, filtered through Faith’s mental fog.

Courtney, memorably glimpsed early in the book, is a fleeting presence later on, but never again achieves anything like a realistic characterization. She becomes a femme fatale, as cartoon-like as the menacing Hadley. She’s the subject of “How the Poets Learned to Love Her,” but glimpsed from afar and sketched mostly in cliches.

Cece, Faith’s daughter, is Hughes’ best creation. She is damaged but resilient, surviving both the aforementioned family tragedy and a campus date rape. We meet her, head shaved and tattooed but determined, disappointing her mother as she starts college. And in “The Pitch,” she’s being assaulted again—this time by a pair of pretentious and callous film students who want to turn the rape incident into an art film. The story doesn’t really work—nobody is that unfeeling—but the concept does.

More straightforward story telling would bring some of these stories to vibrant life. Hughes clearly has the talent to create a memorable collection.