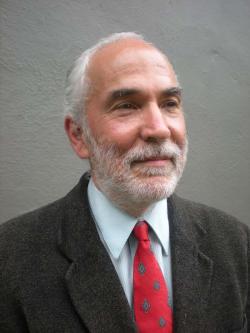 Jim Motavalli writes for The New York Times, Barron’s, eBay, Media Village, Sierra, Autoweek, National Public Radio’s Car Talk, and others. He is author or editor of nine books, including Forward Drive: The Race to Build Clean Cars for the Future, High Voltage: The Fast Track to Plug in the Auto Industry, Green Living and Feeling the Heat: Dispatches from the Frontlines of Climate Change and Naked in the Woods: Joseph Knowles and the History of Frontier Fakery.

He is also a contributor to the Environmental Defense Fund publications, and to the Initiative for Global Environmental Leadership at the University of Pennsylvania’s Wharton School. Mr. Motavalli hosts a radio program on WPKN-FM in Connecticut, and lectures widely

High Voltage: The Fast Track to Plug In the Auto Industry

Naked in the Woods: Joseph Knowles and the Legacy of Frontier Fakery

Feeling the Heat: Dispatches from the Front Lines of Climate Change

Forward Drive: The Race to Build "Clean" Cars for the Future

How Stella Learned to Talk: The Groundbreaking Story of the World's First Talking Dog

Let’s get this out of the way first: Stella does not talk.

When the Shooting Stopped: August 1945

“You learn a lot, change a few long-held assumptions.

If all you know about stewardesses (make that flight attendants) is based on the bestseller Coffee, Tea or Me, a salacious tell-all 1967 memoir by Trudy Baker and Rachel Jones, then you’re

“Tracy Flick Can’t Win is a deeply humanist work by a master of observation.”

The Bin Laden Papers: How the Abbottabad Raid Revealed the Truth about al-Qaeda, Its Leader and His Family

Chosen: A Memoir of Stolen Boyhood

We’ve all encountered the stories of people who experienced childhood trauma, only to have it blight their later lives until a final reckoning.

There are celebrity autobiographies that put the author in the best possible light, with every awkward moment surgically excised.

Sandy Hook: An American Tragedy and the Battle for Truth

The title of this book could be misleading.

The Urge: Our History of Addiction

Anyone with a drug or alcohol dependency problem will, at least some of the time, feel that nobody knows their pain.

The Perfect Other: A Memoir of My Sister

On the cold night of January 8, 2014, 22-year-old Kait Leddy walked onto the Benjamin Franklin Bridge in Philadelphia.

“This is Joella’s first novel, and it’s an assured performance, full of nicely observed detail. It may not have a Big Theme, but it has lots and lots of heart.”

Long Players: Writers on the Albums that Shaped Them

Britain’s Desert Island Discs has been on the BBC since 1942. They don’t have to choose records on that mythical patch of sand with a lone palm tree for company, but many do.

It’s nice to know where we come from. Some folks are still taking it hard that we descended from apes, but there are new discoveries all the time.

The Heartbeat of Iran: Real Voices of A Country and Its People

“there are a lot of contradictions in modern Iran, and reading this book will give you many valuable insights into how the country functions—with repression and tolerance going hand in hand

“England sleeps still from valley to hill.” That’s a line from a song by Amazing Blondel, a British group that imagined an Arcadian rural past.

Tiger in the Sea: The Ditching of Flying Tiger 923 and the Desperate Struggle for Survival

“Tiger in the Sea is ultimately an inspiring, uplifting book, with multiple heroes.”

“Berger does a great job here of not only profiling SpaceX, but also capturing the total brinksmanship of its swashbuckling founder.”

It’s not surprising that the jacket blurb compares this new memoir to Patti Smith’s Just Kids. Besides being a terrific book, that one sold really well.

The short stories in Mary-Beth Hughes’ collection The Ocean House are linked, not by the titular manse—the last of the great seafront houses in Long Branch, New Jersey, its property covete

Girl A: A Novel

Let’s face it, a book centered around the wretched child abuse of a large family at the hands of a demented religious fanatic has some inherent drama to it.

Made in China: A Prisoner, an SOS Letter, and the Hidden Cost of America’s Cheap Goods

In 2012, a Damascus, Oregon woman named Julie Keith tore open a package of inexpensive Halloween decorations—fake tombstones—and out fell a piece of paper.

Michael Oberman was the music columnist at the daily Washington Star, taking over from his older brother, Ron, from February 1967 to March 1973.

So this is the new “book” by the great singer-songwriter David Byrne, with illustrations by Maira Kalman.