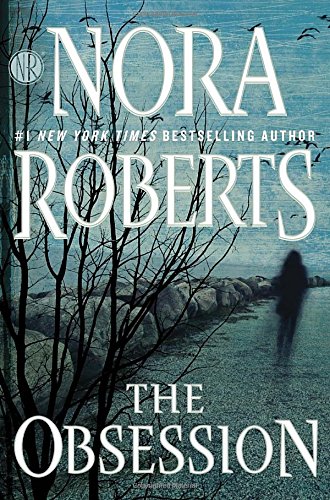 There’s a reason some bestselling authors are so popular: They deliver stories that pull you right into a realistic world peopled with characters you love, or love to hate, in interesting scenarios. Stories you don’t want to put down.

Obsession is one of these. It’s the latest stand-alone romantic suspense novel from Nora Roberts, who reliably delivers good stories. Obsession focuses on the people that modern media so often ignore or abuse: the relatives of a horrible criminal.

Thomas Bowes was a serial sadist and murderer in West Virginia, who was only caught after his 11-year-old daughter, Naomi, happened upon his torture den. She directly saved one of his victims, and indirectly saved the lives of many more because he was unable to hunt and kill them after Naomi’s exposure put him in prison for life.

She can’t save her mother, though, who is so tormented that she ends her own life. That leaves Naomi and her brother, Mason, to be raised by a pair of jolly uncles, who give them everything needed to become sound adults.

But both siblings are haunted by the past and build their careers around it. While Mason tackles his demons straight on, becoming an FBI agent to prevent what happened to his family from ever happening again, Naomi tries to bury the past and moves away from it as a professional photographer. That past keeps catching up with her, however, finally cornering her on the other side of the continent when she finds a house in the Pacific Northwest that demands to be made into a home.

In the process of renovating the vintage house with magnificent view, she can’t help but get involved with the cozy community she resides in. That brings her first true friendships—and love. So almost a hundred pages into the story, in walks the romantic hero. Or, rather, he drives in. Xander is a mechanic and musician, also a serious reader with a keen curiosity. The enigma of Naomi Bowes, now Naomi Carson, arouses his curiosity (among other parts); and being a direct kind of guy, he inserts himself into her life until she realizes she can’t live without him.

Which is a good thing, because Naomi, by not changing her first name along with her last name, inadvertently betrays herself. A copycat killer comes after her to avenge an old slight. Naomi must overcome her past by facing it down in the present in order to have a future. But surrendering her stubborn independence to rely on friends, family, and lover, who desire to help her and embrace her in their lives, is more than she can bear.

In a romance, we always know what the outcome will be. What matters is the suspense of how it will come about. In this regard, Nora Roberts excels. She knows how to bring a character from weakness to strength, and how to bring a seemingly hopeless mismatch into harmony. What makes this combo go down easy is her signature zesty dialogue and people we wish we had in our own lives. They are ideal yet realistic—a tricky balance in fiction, never mind reality.

The story flags at times, unless you’re fascinated by the details of home renovation and relationship bonding outside the romance. But these support the heroine’s crisis and resolution, making the friendships and love affair more convincing.

Naomi is stuck in a place she wants to escape and needs Xander and his people to jolt her out of it. He has to work pretty hard to do so, but we join him in his zeal to bring Naomi into balance and live happily ever after.