Obabakoak: Stories from a Village 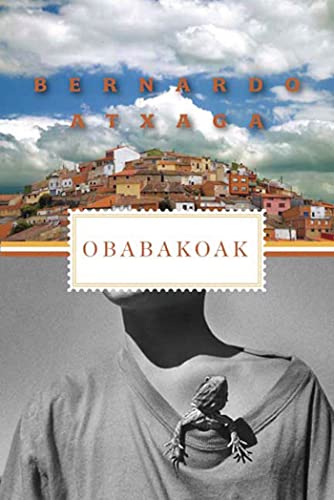 The subtitle of this collection, Stories from a Village, is slightly misleading, for while some are set in the fictional Basque village of Obaba many of them are not. It doesn’t take away from the stories in themselves and maybe this part of Atxaga’s strategy for subverting reader expectations, something he does quite a lot—and very well too.

The index page is another example. It would suggest that these stories have been carefully sequenced and should be read in the order that the author intended, but while some do follow on from previous ones most stand on their own.

The stories vary in length from the novella “Words in Honor of the Village of Villamediana” to the three-page “How to Write a Story in Five Minutes.” This latter piece is a superb example of Atxaga’s craft, where in the space of a few hundred words, he layers two stories, that of a writer struggling to write a story and the story that he writes. The story within the story contains all the elements of a novel—characters, plot, denouement, and a twist at the end—in the space of a few tightly written paragraphs.

In other stories Atxaga is less concerned with the beginning, middle, and end than with the process of telling the story itself. Quite often the reader is left hanging, forced to mull over what he has just read and make his own conclusions about what the outcome might be.

In “The Rich Man’s Servant” he takes on a familiar folk tale and tells it in the traditional way and then a few pages later takes exactly the same story as his starting point but gives it his own twist.

There are knowingly contrived fables in which reality warps. A shepherd talking on a mountain walks off and seems to sprout wings and fly away. They can be taken as allegories, but more probably are meant to be taken literally.

Atxaga’s authorial voice almost conspires to make him a character in this collection, emerging from the diverse tales and modern-day parables that he tells as a slightly whimsical observer, probably from the village of Obaba, who has travelled much and is recounting the stories that he heard.

The collection is a translation of a translation. It was originally written in Basque, translated into Spanish by the author, and it is from the Spanish version that the English translation has been rendered. In his novel The Lone Man, Atxaga pondered on Basque identity in the modern-day Spain of autonomous regions, but he spends little time on ethnic or national issues in Obabakoak.

This quirky, highly-original collection reaches will beyond any narrow geographic definitions.