Number One Chinese Restaurant: A Novel 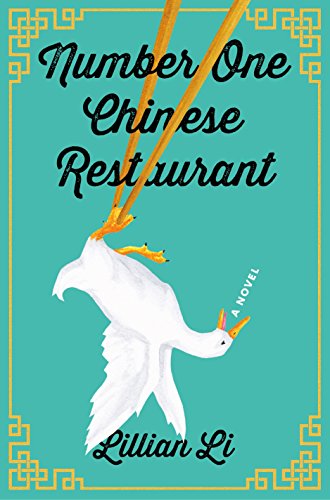 “as satisfying as a plate of General Tso’s chicken after a night of drinking.”

If you Google “Number One Chinese Restaurant,” you’re going to be treated to the menus of the many Chinese restaurants that bear this name. But maybe someday soon, this novel—with the same name—will rise to the top of the search engines.

You cannot eat this book but you just might devour it. It’s as satisfying as a plate of General Tso’s chicken after a night of drinking.

Number One Chinese Restaurant—the debut novel by Lillian Li—takes the reader behind the kitchen door, not to peek at the food but to examine the complicated lives of the owners and servers of the fictional Beijing Duck House in Rockville, Maryland.

And complicated they are. Jimmy, the son of the founder of the Duck House, wants to get out from under what he sees as the lousy restaurant his father left him. The dishes are the ones you’d get in any Chinese restaurant anywhere and the photos on the wall of once-celebrated local achievers are as faded as Jimmy feels. He longs for a newer, better, and bigger eatery where he can make his own mark.

When Jimmy does finally move up to a bigger and better version of the Duck House, he realizes he’s still in a cage, only of his own making. Jimmy has gussied up the new restaurant with a different type of garish design and inventive dishes only to find that most of the customers, new or old, want the tired old standbys his father Bobby had perfected at the Duck House.

Overseeing everything and playing God in the lives of the servers and owners alike, is the suffocating presence of Uncle Pang, the Asian version of the Godfather. He seemingly knows everyone in Jimmy’s orbit, whether it’s a real estate agent Jimmy is having an affair with or the local cops. Uncle Pang’s fingerprints are everywhere; he is the man behind the Chinese silk screen.

Balancing out Jimmy’s disregard for the Duck House is his brother Johnny who wants to save their father’s legacy, despite the toll it took on their departed father Bobby.

“Johnny saw that rather than his father being the worm inside an apple, Bobby was the worm and the apple also. He raked in money, year after year, enough not only to afford a mansion in rich white Potomac but also the permission to live there. Yet he barely got to sleep inside the house for which he’d worked so hard,” Li writes.

Li expertly weaves the characters and stories throughout the book as they intersect with each other in some surprising ways. There are the competing brothers Jimmy and Johnny and their domineering and clever mother who—far from being suffering from dementia as Jimmy believes—is actually the power behind the throne still.

Then there are the stories of the members of Duck House staff, like the senior citizens, Nan and Ah-Jack, who, after a lifetime of being friends, become lovers only after Ah-Jack’s cancer-riven wife informs Ah-Jack that she has taken a lover.

The stories are intergenerational as Nan’s young son Pat and Johnny’s floundering daughter Annie become lovers and account for the crime that is at the center of the novel. Annie is perhaps the most interesting character of the bunch as she stumbles into bad situations despite a desire to do what’s right.

She and her father Johnny suffer from an inability to open up to each other because, as the author astutely observes, they are used to acting in roles frozen in place years before:

“She supposed she was acting in character by rebuffing him. They were both used to her chilliness. To hug him hello after months of absence, to tell him how much she’d missed his voice, would have raised his suspicions. Her tears blurred the highway lanes. All she wanted was to reach over and touch his hand.”

The writing here is thoughtful and accessible. And if you’ve ever wondered even remotely after the lives of all those Chinese workers who’ve served you over the years, this novel brings them to life.