Nu-Del Daughter of the Forest 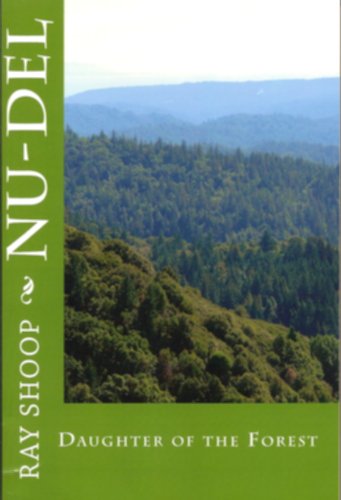 Imagine a pristine world out of the realm of Avatar peopled by creatures from Where The Wild Things Are and you have a glimpse into the mental imagery of Ray Shoop in his sci-fi work, Nu-Del: Daughter of the Forest. Humans are outgrowing their space station homes. They are on an active search to discover unoccupied planets for resettlement. When Laura’s family arrives at a prospective site, they fail to realize that they are not alone.

The Dumeasets, a rebel gang of subterranean beings, dig their way to the surface killing the men and kidnapping the women—including Laura’s pregnant mother, Arlene. These proceedings are not unusual since the Dumeasets have been inflicting similar treatment on the planet’s other native people, the Fumalsets.

During the attack, Laura wanders away from the settlement getting lost in the forest. A group of Fumalsets led by Cordac take Laura into their tribe. Cordac’s wife, Sel, treats Laura like a daughter and teaches her about the herbs and plants of her medicinal trade. However, Cordac is jealous of the new arrival, but will not go against his wife.

Laura is renamed Nu-Del which means “daughter of the forest.” She develops a main role in the camp due to her ability to read minds. She is able to telepathically hear the approach of a Dumeaset raid and warn the Fumalsets.

In the meantime, Arlene is promoted to the number one position in the Dumeasets’ harem. The leader, Ram, takes a liking to this woman from another world. However, when she is forced to deliver her baby without assistance, the child arrives stillborn. She sinks into a deep depression that only abates when she receives word that another of her kind is living with the Fumalsets. Arlene is determined to do whatever it takes to find her long-lost daughter.

The Dumeasets also adjust their strategy throwing Laura off her game. The Fumalsets begin to think she is crying wolf and refuse to abide her warnings. The Dumeasets surface inflicting damage on their encampment. Cordac, Sel and Laura survive, but Laura leaves her adoptive parents and goes to live with Transoni, a male who lost his wife to the kidnappers. She feels Cordac will never accept her and that she can be of more assistance to Transoni and his children.

The story comes to an abrupt end. Will Arlene reunite with Laura? Will Transoni rescue his wife from the Dumeasets? Will Ram make good on his threat to kidnap Laura? The door is open to a sequel.

Shoop excels at providing the interior dialogue of his characters, especially Cordac, as he tries to come to terms with the conflicting emotions he has for Laura. He creates a picturesque world of lush forests and deep, dark caverns. The cover image is a surprising invitation to a sci-fi novel, but it piques the reader’s interest to pick up the book to see what it is about. Is it a Native American story? Is it a nature publication?