Not Afraid of Life: My Journey So Far 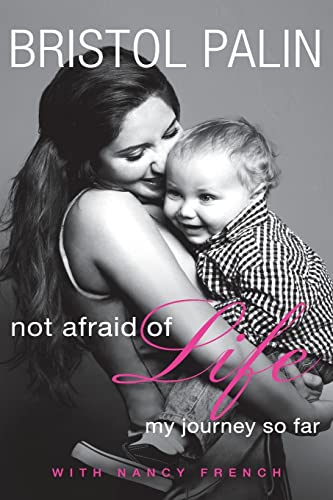 “As published, Not Afraid of Life is something like a Tasmanian Emu, a flightless bird, and not in the cute March of the Penguins sort of way, but in the way that suggests extinction because the thing in question fails to do that which is most basically and obviously expected of it, which is, in a bird’s case, flying, and in the book’s case, what? Communicating?”

“I never drank—in fact, I knew nothing about anything bad really . . . especially the differences between vodka, beer and whiskey. I didn’t know that the girly flavored wine coolers were just as likely to get you drunk as the hard stuff, even though they went down so smoothly. And I definitely had no idea what ‘tolerance’ was or how to pace your drinking to make sure you don’t do things you’ll regret. All I knew was that I was with my ruggedly handsome boyfriend who loved me—and we were getting away with a late-night camping trip without anyone ever finding out.

“In fact, no one has ever heard this part of my story. By now, most of America knows me as Bristol Palin, the teenager who got pregnant right before her mother was asked to run for vice president on the GOP ticket with Senator John McCain. But what no one really knows is my story—the true story—of deception and disappointment that began that night I lied to my mother and went camping in Point MacKenzie . . .

“The wine coolers tasted sweet, and I slowly surrendered to their woozy charms. I felt young and carefree, and Levi kept replacing my empty bottles with his large stash. The more I drank, the better the crisp night air felt. But unbeknownst to me, I was about to hit a wall—that awful wall—that takes you past a comfortable level of libation—the happy buzz—into the dark abyss of drunkenness.”

In telling her story—the allegedly true story—Bristol Palin shares her memories in a manner that combines “girly flavored” prose that seems to suggest the need to begin each chapter with “Dear Diary,” with a strange, perhaps Alaskan jargon (“I knew nothing about anything really bad,” “unbeknownst,” “that awful wall,” “the happy buzz,” “the dark abyss”) that leaves the reader wondering from the first: Who edited this thing?

Surely someone, the coauthor, the editor, the publisher, the publicist, someone should have noticed that, for instance, the change in voice in the first paragraph (from first to second to first again) was not a good idea of any number of reasons, and commented on that (and, oh, so many other things)—suggesting that perhaps in telling a tale that has already been processed into purple prose in the tabloids, discussed and recounted on news channels of every political stripe, Leno-ized into late-night humor, and “tsk-tsked” over at the check-out counter might require a certain degree of clarity, sensitivity and, yes, literacy, in order to set the story straight once and for all, right?

As published, Not Afraid of Life is something like a Tasmanian Emu, a flightless bird, and not in the cute March of the Penguins sort of way, but in the way that suggests extinction because the thing in question fails to do that which is most basically and obviously expected of it, which is, in a bird’s case, flying, and in the book’s case, what? Communicating? Accomplishing what is sets forth to do—tell an almost mythologically well-known story through new eyes? Applying words in a coherent manner on the page?

Bristol Palin is, of course, the oldest daughter of sometimes-politician/professional Tweeter Sarah Palin, who was the 2008 GOP nominee for vice president, partnered with Senator John McCain in the presidential slot. Her selection for the ticket was thought by many to be something of a Hail Mary pass for the lumbering McCain ticket, and surely no one as so quickly and easily unleashed such a fury upon the land since Pandora opened up that box of hers.

Since losing in 2008, and stepping down half way through her duties as governor of Alaska, Sarah Palin has, among many other things, conquered the bestseller list by authoring books such as Going Rogue and American by Heart.

Thus, there is a certain inevitability to Not Afraid of Life (one can sense Palin the mother passing the torch, for the moment at least, to her eldest daughter, just as one can sense Ma Palin’s presence on every page), just as one cannot help but fear a future bestseller list including Snowmachines for Dummies and Big Dude’s Idiot Guide to Life . . .

But to return to the present publication, Not Afraid of Life has been written with all the yeasty spontaneous wit expected of someone who is narrating into a old reel-to-reel tape machine while bound to a hard metal chair, a high-powered spotlight shining directly into her pale blue eyes.

Thus the reader senses a certain intense need on the part of the book’s author to not only make her case, but to be quite sure that she has, through the peculiar pleading quality of her prose, convinced you utterly that her viewpoint is utterly and completely correct—or, if not, the only one that matters.

But just what is it that Bristol Palin feels such a strong need to have us understand and believe? The following are some highlights:

• That Levi Johnston is just about the worst human being the world has ever spawned.

In her telling of their first sexual encounter, Ms. Palin goes so far as to suggest that after Johnston plied her with the aforementioned “wine coolers” she was completely unconscious throughout. She writes: “What I don’t remember is what transpired between the moment when I was sitting there by the fire talking and the moment I awakened the next morning with something obviously askew. Mosquitoes were buzzing around my ears and my head throbbed like someone was using it as a drum. Levi’s empty sleeping bag was right beside mine, and I could hear him outside the tent laughing as he and his friends packed up the camp.”

• Also: That he is willing to take advantage of an unconscious girlfriend. That he is an unfaithful boyfriend. That he cannot/will not keep up with his child support payments. That he is a disinterested father—unless cameras happen to be near. That he posed for Playgirl and that, while under the influence of “handlers” Rex and Tank, he referred to himself as “Ricky Hollywood.” That he wants to name all his children “Bentley,” (although he ultimately agreed to the name Tripp for his baby with Bristol). That he lied about getting his GED just to get Bristol off his back. That he ultimately pushed Bristol away once and for all by impregnating her high school mean-girl archenemy named Lanesia, and then went too, too far when he actually named the baby Bentley. . . .

• That Meghan McCain, especially when wet-headed and looking for a quick comb-out, is a total bitch.

• That, even though he spent years as a househusband, raising the children and wrapping them in swaddling clothes while his wife went off to a life in politics, First Dude is about the most macho man in all the world.

• And that comedienne Kathy Griffith is just plain not funny. Not when she talks about Sarah Palin and her private plane, and her mock-jocular attitudes straight out of the Andy Griffith movie A Face in the Crowd, and not when she makes fun of Bristol Palin on “Dancing with the Stars,” pointing out (quite rightly) that the young Ms. Palin is the only contestant in the history of the show to actually gain weight during the competition. Especially not then. According to the author, this proves that Kathy Griffin is “a comedian with very little material.”

In only one aspect of Ms. Palin’s life does this peculiar little volume actually succeed. And that has to do with the basic conundrum of her story. The fact that she, a girl who got herself pregnant out of wedlock, now lectures others on the subject of abstinence, all the while posing for her book jacket (and God alone knows how many magazine covers) with her angelic and obviously beloved son, Tripp, squirming and laughing in her arms.

Looking at the cover, one cannot help but wonder if it does not present a deeply conflicted message, as any 14-year-old girl looking at the image would be hard pressed to not ignore the abstinence part and desire a baby like that for her very own.

Speaking of the childbirth (and of how her mother had to cut the cord after Levi refused to, because it was, as he said, “too gross”) Bristol Palin writes:

“The experience, of course, was the most amazing, life-defining moment for me. When the doctor laid Tripp in my arms, I knew this baby was not a mistake. Having sex outside of marriage was the mistake. But this baby? He was—and is—a blessing.

“This very simple concept baffles the media. It was like we had two options: to say that premarital sex was morally acceptable and that Tripp was a wonderful new addition to the family. Or to say that premarital sex was morally wrong and that having Tripp was a total disappointment. They seemed unable to understand that sometimes the most amazing blessings can emerge from your worst decisions. But isn’t that frequently the case? Don’t you see that in your own life? The Bible says, ‘And we know that all things work together for good to them that love God, to them that are called according to His purpose.’”

The mangled, unedited construction aside, with her use of Romans 8:28 as a foundation text and her long consideration of actors who become drug-addicts, only to find recovery, and sports stars who move in and out of rehab and finally into classrooms across the country, and ex-gang members can speak out with authority on the violence of gang membership, Ms. Palin makes a strong case that it is because of her errors of judgment and because of the ways in which she (with her family’s support) kept and raised her baby on her own, that she now has something important to say.

Dealt with frankly, this story of a young Christian girl who, in spite of her upbringing, makes some bad mistakes and ends up a teenage mother, could have been an important book—a book belonging on the bookcase of every family with teenaged girls.

Instead, though, Bristol Palin is too often waylaid, as the whole country has been, by the sheer sideshow of it all, from her mother’s gooey election campaigns in the state of Alaska to the overnight onslaught of the Palin juggernaught back in August 2008. Had the story told been the daughter’s (especially as her name is on the cover) young eyes, and not told through the filter of Being Palin (there’s another perfectly good title for yet another family book), Not Afraid of Life might well have been better entitled Not Afraid of Truth.

Finally, this reader wishes fervently that the young Ms. Palin had found a competent editor along the way. . . .