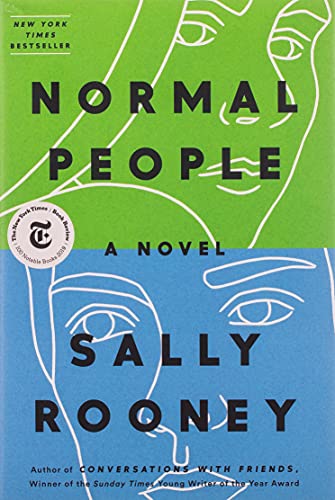 A subtle book, a gently disturbing book longlisted for this year’s Man Booker Prize. Even if you don’t like its slightly sordid side you will be carried along by the Irish lilt, the unexpected turns and, probably, the accurate picture of student life at Trinity College of the University of Dublin. It’s a universe most of us over 30 don’t know much about. We had girlfriends or boyfriends if a relationship went on for more than a few weeks. Here relationships with plenty of easy, not very fulfilling sex, can go on not for a night nor a week or a month, but for long periods of time without love, without a modicum of commitment, and without being named a boyfriend or girlfriend.

The Irish have produced more novelists, playwrights, and poets per head of population than any other country. It’s hard to know why but when one reads Sally Rooney one can just exclaim, “The Irish have done it again”. She is a very young writer of 27 and this is her second well-received book.

The novel begins in a small town where Marianne and Connell go to school and as teenagers begin their long time on and off tryst that will last them through their university days and then, after many ups and downs, appears set to go on forever. They are both clever and are top of their class at school and then at university.

A lot of it is about student life, especially the parties and the sexual happenings of a group of friends and acquaintances that seem to ricochet from one bedroom to the other. Marianne and Connell are part of it, yet somehow remain close friends, always there for the other, especially in times of trouble.

Marianne has a somewhat weird sex life, enjoying the company of guys who beat her up as part of the sex act. On one of her many returns back to the arms of Connell she even tries to persuade him to do it. Connell, far more ordinary than she, refuses, and she flounces out of the bedroom and walks home. She explains that she likes men to subjugate her. Connell will never do that.

Connell ploughs on with university life, nurturing his ability to write and half hoping he can one day make a career of it. When she is not around—and for one year she goes to Sweden for a year of study—he becomes exceedingly lonely. His sexual encounters continue without satisfaction. He is seriously depressed. She has fun, with a but, “She tries to be a good person. But deep down she knows she is a bad person, corrupted, wrong, and all her efforts to be right, to have the right opinion, to say the right things, these efforts only disguise what is buried inside her, the evil part of herself.”

Needless to say, it is Connell who eventually saves her from herself. But he is a taciturn young man who rolls with the punches. He lets her do what she wants to do, and if she wants to drop him and go to bed with another man she fancies he shrugs his shoulders and walks away even though he’s hurting. He can’t bring himself to remonstrate with her. Ironically, she takes that as a rejection. There is misunderstanding upon misunderstanding.

“Whatever there is between him and Marianne, nothing good has ever come of it. It has only caused confusion and misery for everyone. He can’t help Marianne, no matter what he does. . . . Still, he would lie down and die for her at any minute, which is the only thing he knows about himself that makes him feel like a worthwhile person.”