The Nobody People: A Novel 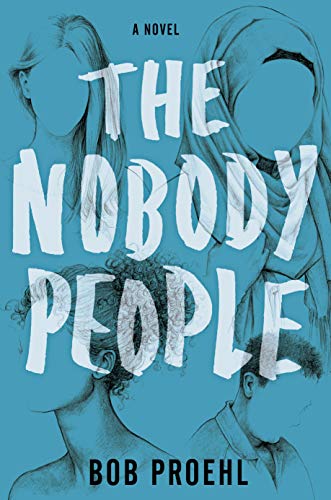 “Bob Proehl’s The Nobody People is a thought-provoking exploration of what it is like to be an extraordinarily gifted somebody in a world filled with average but paranoid and bigoted nobodies determined to protect their old world against the new.”

Bob Proehl's The Nobody People is a thought-provoking exploration of what it is like to be an extraordinarily gifted somebody in a world filled with average but paranoid and bigoted nobodies determined to protect their old world against the new.

Using the familiar language of superheroes, Proehl forces readers to question their own biases and then push past the obvious parallels with current society to consider a world where people with potentially lethal gifts evolve from a silent minority to an “out” population to a feared enemy in an “us versus them” civil war where the very definition of humanity is at stake.

The heart of the story comes from the point of view of a burnt-out, adrenaline junkie war journalist, Avi Hirsch. Avi refuses to admit the price of his addiction to danger, even after it costs him his leg, his wife, his best friend, and eventually his daughter.

He is relentless as he follows clues that eventually lead him to the realization that hidden among us are enhanced humans known as the Resonants. Despite their gifts, the Resonants are like any other group of humans, prone to their own foibles and follies, good and evil, and capable of making utterly human mistakes in the name of love, freedom, and pride—only, given their sometimes lethal powers, their mistakes could potentially destroy the human race.

The deeper Avi digs into the Resonant society, the more intrigued and afraid he becomes—especially when he realizes his own daughter is a Resonant, perhaps the most powerful person on the planet. Avi cannot protect her from herself; from the forces gathering to control, contain, and conscript the Resonants; or from the hatred of “normal” non-gifted people. For, despite best efforts from the leaders of the Resonants, who only want to live in peace as equals with non-Resonants, and from sympathetic, although often still fearful, normals, a war is coming, a war that will leave no victors, only suffering, loss, and a world changed forever.

The Nobody People takes us to the brink of this war, making us care about Avi as representative of the normal humans, along with a variety of young Resonants like his daughter.

While Avi and one of the leading Resonants, Fahima, are well-drawn, complex characters, most of the cast surrounding them, including Avi’s daughter, are cardboard figures designed to play stereotypical roles of villain, victim, and innocent bystanders.

The open-ended conclusion is frustrating because there are so many rich stories and characters to mine in this world. Hopefully there is a sequel planned that will address and flesh out their stories, especially the stories behind the characters driving both sides to the brink of war.

As intriguing yet frightening as the premise of The Nobody People is, it also leaves the reader with a glimmer of hope. As the inevitability of war looms, one Resonant is “struck by the prevailing power of normality, how the everyday shines through in crisis. The world collapses, and kids flirt clumsily. Siblings rag on siblings . . . The best way to save the world may be to stay out of its way.”