The News Where You Are: A Novel 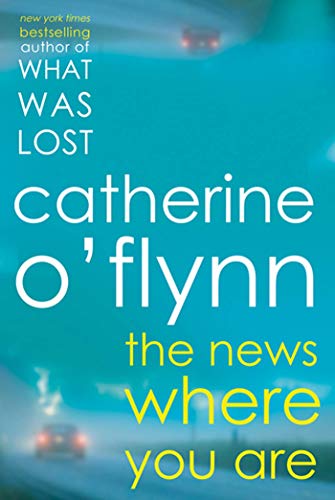 “The greatest thing you’ll ever learn is to love and be loved in return.”

The News Where You Are is an interesting and slyly engaging novel built around the theme that people never quite get what they want out of life.

The story tells the tale of Frank Allcroft, a TV news anchorman working in his hometown of Birmingham, England. Frank appears to have everything possible in life: a great and glamorous job (one that makes people buy your drinks), a beautiful and intelligent wife, and a bright and inquisitive daughter. But things are unraveling at the seams. His idol Phil, his predecessor in the anchor chair, has died under mysterious circumstances; his late architect father’s buildings are being torn down; and his mother wants to be left alone to die in an assisted-living facility.

It seems that Frank will only be able to shake his malaise if he manages to figure out the details of Phil’s death. Was it an accident, a suicide, or something else? Phil was always a positive extrovert, but in the weeks before his death he was tearful and gloomy, drinking too much and telling his co-workers how much he loved them. Something just doesn’t add up.

Frank likely saw Phil as a second father, one whose death brings back all of his memories of his father’s passing only a month after a major professional setback. Frank’s now seeing that nothing in life lasts, and the promise of a better future appears to be quickly diminishing in line with his own aging (he can no longer see to drive at night).

Yet, just when the reader sees that he or she has this one all figured out, O’Flynn puts in some steep curves on what’s been an otherwise straight drive. We learn the shocking truth behind Phil’s death as we see that, for some, life offers new rewards, gifts.

The reader receives the message from O’Flynn that some people never recover from a death; it’s a harsh fact of life. “He’s never once felt Elsie’s presence since she died. He watched the last breath leave her body and then the world changed. . . . He feels her absence all the time. . . . He understands now. Our absence is what remains of us.”