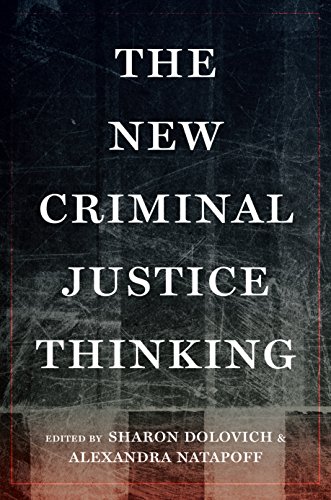 “provides a broad and comprehensive framework from which anyone can gain an understanding of the powerful forces that drive the criminal justice system.”

The American criminal justice system is an inordinately complex behemoth that, it may be possible to say, not one person on the planet fully understands. As more and more Americans are swept up in its gravitational pull, the importance of moving toward national awareness of the workings of the criminal justice system cannot be gainsaid. Criminal justice reform is on the agenda, but policy makers and citizens cannot properly address taming the beast without truly knowing it.

For instance, data indicates that the United States overincarcerates individuals in comparison to virtually every country on earth. Additionally, many now acknowledge that the War on Drugs failed, and has had terrible collateral consequences across the nation. And the last decade has seen a critical eye turned toward police practices across the country.

Tackling these and other complicated issues begins by appreciating both the theory and practice of the modern criminal justice system. An excellent place to start is with The New Criminal Justice Thinking, a curated collection of essays written by prominent criminal justice scholars from across the many disciplines that touch the justice system.

Edited by Sharon Dolovich, professor at UCLA School of Law and Director of the UCLA Prison Law and Policy Program, and Alexandra Natapoff, professor and Assistant Dean for Research at Loyola Law School, The New Criminal Justice Thinking provides a broad and comprehensive framework from which anyone can gain an understanding of the powerful forces that drive the criminal justice system.

The editors divide the essays into five categories. The first category, "Systemic Perspectives," provides a wide view of the criminal justice system. Rachel Barkow, professor at NYU School of Law examines an often overlooked but important aspect of the criminal justice system: it is a bureaucracy, and as such, tends to expand even when failing to lower crime or when engaging in practices that fail cost/benefit analysis. Barkow cites the lack of limiting forces or oversight over the "criminal justice bureaucratic state" as a significant and particular problem not seen in other regulatory regimes.

In the second category, "Legal Doctrine in Principle and Practice," the essay authors explore the ever-growing chasm between principles of law and the practice of law. Professor Sharon Dolovich of the UCLA School of Law considers why the court system routinely fails to police the criminal justice system and its agents. Professor Dolovich describes several "canons of evasion" that courts use to avoid such oversight. Most notably, Dolovich argues that courts provide excessive judicial deference to state actors, err on the side of presuming that a given state action is constitutional, or try to avoid disturbing the actions of state actors by answering substitute questions not relevant to the issue at hand. Dolovich describes the court systems' strong desire to punt away any oversight responsibility as "a prodigious and troubling degree of judicial evasion in the constitutional criminal context."

Assistant Professor of Law at Queen's University Lisa Kerr provides a thought-provoking addition to Dolovich's analysis. Kerr uses the rights (or lack thereof) of prisoner mothers to their newborn infants as a prime and disturbing example of how constitutional rights in theory and constitutional rights in practice do not mesh in the prison setting. American courts have long supported the prison administrator's right to snatch a woman's newborn infant away practically at the moment of birth. Kerr highlights a recent Canadian case where, perhaps for the first time, this practice was thoroughly reviewed by a court—and rejected.

The third category of essays, "Getting Situated: Actors, Institutions, and Ideology," applies sociology, criminology, organizational theory and critical race theory to the workings of the criminal justice system. The professors in this section include Mona Lynch, Professor of Criminology, Law & Society and Law at University of California Irvine, Associate Professor Priscilla Ocen of Loyola Law School, and Associate Professor Issa Kohler-Hausmann of Yale Law School.

The final category, "The New (Old) Criminal Justice Thinking," traces the history, present and future of criminology as it relates to the criminal justice system. Mariana Valverde, Professor of Criminology at the University of Toronto, argues that the study of criminology has lost its roots in what has been referred to as "miserology," the study of that "hybrid of moral degradation, physical ill health, spatial marginality, and collective despair . . . found among the new urban proletariat." The present focus of criminology, "the professional study of crime and crime rates" fails to properly consider the "criminogenic social conditions" that pervade the criminal justice system. The result is a wholesale misunderstanding of crime, and a concomitant move further away from a more equitable justice system.

The New Criminal Justice Thinking is a tremendous collection of thoughtful essays written by preeminent scholars. It is also a cohesive examination of what is wrong with the American criminal justice system, and how we might go about fixing it.