The Nature of the Beast: A Chief Inspector Gamache Novel 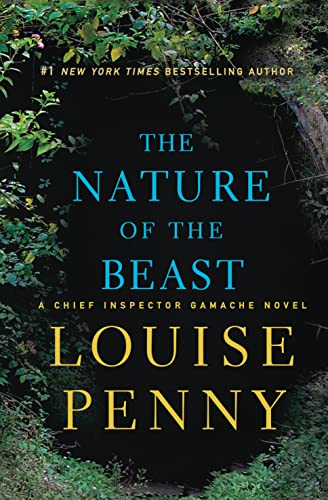 Poor ex-Chief Inspector Gamache. Just when he’s finally escaped from a brutal career and recovered from his injuries—both physical and psychic—evil follows him to violate the haven he’s found in Three Pines.

Not on any map, Three Pines is a village in southeastern Quebec where the lost find themselves again. Where life resumes and love is recovered, and forgiveness is built into the culture. Most of Gamache’s cases in this series have been set in Three Pines, and Gamache thought he’d found the place where he can finally retire, and be still at last. To find peace inside and out.

But then a nine-year-old boy gets killed because he has found a horrible secret lurking in the surrounding woods.

This secret is so out-of-the-blue unexpected that a hundred people given a hundred chances each wouldn’t guess it. But Louise Penny unearthed a little-known true story and fashioned a compelling murder mystery around it.

Gamache, who is no longer in charge of any police force, must watch from the sidelines as his replacement, Chief Inspector Isabelle Lacoste, leads the investigation. At least she is his protégée, and they can work together amicably within the rules. There’s plenty for Gamache to do independently, and he is driven to pursue it. The case brings together too much unfinished business, too many bad memories, offers too many final chances, for him to turn away.

Consistent with the ten previous books in this series, Louise Penny delves deep into her characters’ souls and exposes them with a clarity that makes readers squirm. Reading these books brings to mind the tagline of an old radio show: “Who knows what evil lurks in the hearts of men? The Shadow knows”—only in this case, it’s Louise Penny who knows. Not one of her characters is unflawed, bone deep, balanced by grace and sincerity. They are all terribly, painfully human, and she flays them open, book after book.

All are nursing grief in one form or another. The residents of Three Pines are experts in grief. It comes around again in this volume, brought to the surface by the first murder, then the second one, and the sick, sad story behind them. The cover of this volume captures the series theme with a black hole surrounded by woodsy foliage. So many things in Three Pines are rotten at the core or swallowed by darkness.

Yet life goes on, accompanied by hope. Woven through the investigation in Nature of the Beast is the question of what’s next for Gamache. He may be retired but he’s not out to pasture, and he must wrestle simultaneously with his inner demons and a list of options for his next career. The most tempting offer is to return to the force as its superintendent, to rebuild the department he destroyed by exposing its corruption.

Loyal readers will be relieved to know that the series won’t end with Gamache’s retirement. This volume shows that he doesn’t have to return to police work to still be effective in righting wrongs in this world.