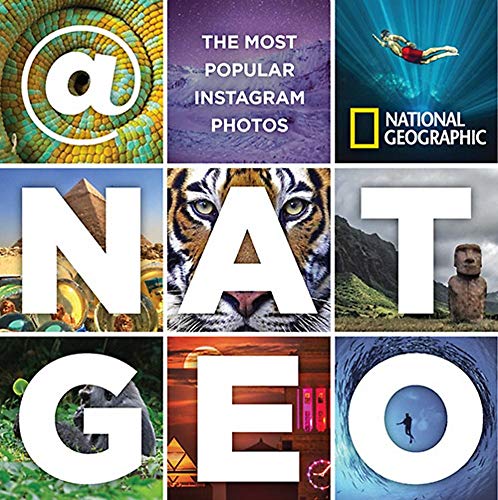 National Geographic magazine has been a window on the world for some five generations of Americans. The magazine opened our eyes to our planet’s spectacular natural wonders along with exotic peoples and cultures in far flung places.

In the heyday of print media, the middle decades of the 20th century, National Geographic was everywhere. You found it in doctors’ waiting rooms, on living room coffee tables, in classrooms, on library shelves, at garage sales, and under the mattresses of teenage boys! Plus, it made an affordable and convenient Christmas gift for Dad to flick through in his lounger.

A subscription to the magazine was a safe way for the average American to explore the unknown without the rigors of travel and culture shock. The exotic other was portrayed through a lens of universal humanism. Even the very “foreign” were portrayed as just people like us who worked hard, loved family, had pets, enjoyed friends, celebrated religious milestones, produced art, and came together to share food and music.

In the overall scheme of things, we were assumed to be all climbing the ladder of modernity but some cultures had reached higher rungs than others. And National Geographic helped us to feel secure about our own place on top of the ladder.

Above all, National Geographic was about the photos and the captions that conveyed their messages so evocatively that some subscribers did not bother to read the accompanying articles. The illustrations told the stories on their own.

And those photos were stunning, in glorious vibrant colors, taken with professional finesse from unbelievable vantage points—a far cry indeed from our own holiday snaps. We imagined those remarkable photographers as intrepid adventurers roaming the world stalking visual stories to share with us. A National Geographic photojournalist was an Indiana Jones with a magic lens.

How has this venerable icon fared today as print media transition to digital in the Internet age where the world is now at everybody’s fingertips?

@NatGeo: The Most Popular Instagram Photos put together by National Geographic features an expertly curated selection of the most liked, commented on, and favorite photos from National Geographic’s Instagram account. @NatGeo is the world’s top non-celebrity account on Instagram, with over 60 million followers and more than two billion “likes” on the more than 12,000 images posted.

In a preface to the book, National Geographic Photography Fellow Cory Richards talks about the creation of the @NatGeo Instagram account in 2012 and how the outcome has been an interactive digital story-telling marriage made in heaven.

Richards and a climbing partner were in a National Geographic boardroom discussing new media outlets to make their upcoming expedition to Everest more contemporary, real-time, and engaging for a broader audience including wired millennials when they asked “Does Nat Geo have an Instagram feed?” And the account was set up right there.

“If National Geographic is a campfire, that was the day our community of photographers started an inferno. Today, at the tap of a screen, pictures become an instantaneous call to action, a voice in the silence, a catalyst for change. For me, @natgeo transcends the hurdle of moments captured and makes them into moments shared.”

The selection of most liked and commented on Instagram pictures in this compact and attractive volume is organized around four pillars: Wanderlust, Curiosity, Beauty, and Marvel. Each picture is accompanied by a short identifying caption and the tagname of the contributing photographer.

Some photos have the number of likes and a few comments from Instagram account holders on the opposite page. A few come with a short paragraph elaborating on the intent of the photographer or the content and context of the story being told.

There is something for everyone in this collection and every picture tells a story.

Wanderlust offers a fantasy buffet for those with insatiable urges to travel, explore, or simply wander. An inviting hammock flutters over the jade-green shallows off Holbox Island, Mexico, just waiting for you to occupy. A Kenyan conservation ranger who is handraising a baby rhino gets an affectionate nuzzle as he holds a rainbow parasol over his charge.

The Curiosity section appeals to those fascinated by the unusual or simply hungry to learn. Street artist @JR integrates a clock face into a human eye in a massive mural on an old brick factory in Berlin. And did you know that a giraffe eats leaves almost constantly so has a 20-inch long tongue with thick skin to protect against thorns and a dark coloring to prevent sunburn? 570k+ Likes

Under Beauty, we have an array of images that bring pleasure to the senses or to the mind. These include a young Kenyan woman of the Samburu people called “butterflies” for their colorful jewelry and the picture of an old woman’s hand—gnarled, wrinkled, veined and almost translucent—captioned “the beauty of 90 years of life.”

Lastly, Marvel brings us photos that cause wonder, intense surprise, or astonishment. Here, we see the beautiful but deadly boomslang, one of Africa’s most venomous snakes, coiled like an intricately patterned woven basket. An arresting portrait in pink of Malala Yousafzali, the youngest Nobel laureate in history, elicited 272k+ Likes and Instagram user comments such as “She makes me proud to be a Pakistani too” and “She shows girls that their voices matter.”

The occasional short contextual elaborations or personal insights by the photographer or accompanying writer bring additional intimacy, immediacy and insight.

A selfie by @RANDYOLSON shows the photographer spattered with blood squinting glumly in the sunlight with his back to a colorful crowd. National Geographic writer Neil Shea tells the back story.

“We’d crashed a party, a celebration of the Daasanach people on Kenya’s Lake Turkana and Randy was photographing the ritual slaughter of a bull that would feed many families…One young man stomped past the bull’s leaking body and sent a wave of gore crashing over Randy, who choked, spit and cursed . . . [People] approached us, each asking for the shirt and offering congratulations. ‘That blood is good luck,’ they said. ‘It’s a blessing!’ At first Randy thought it was less blessing, more biohazard, but soon he was smiling again. In the end he wore it home.”

In sum, this compact little hardcover book, its size appropriate for the original Instagram square picture format, shows the potential of this kind of participatory digital platform for drawing in a global audience for an interactive visual storytelling experience.

Each photograph is a kind of projective event, wherein a stimulus is presented to the observer to respond to the visual cues in her own way with her own interpretations guided by the parameters set by the photographer’s intent, framing, captions, and commentary.

The concept of turning a collection of digital photographs into a tangible book may seem like a contradictory step back to a very analog place: print. But the physical presentation on a page is somehow tactile, intimate, and nostalgic and may trigger an urge to sit with the images for longer, to digest them by immersing oneself in the sharpness of ink and depth that comes with the page, and to simply indulge in the photography, which is what National Geographic is all about.