The Myth of the Wrong Body 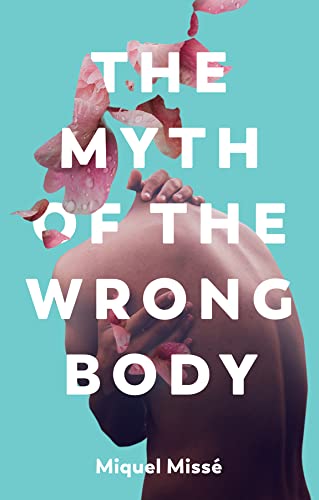 One reads Miguel Missé’s The Myth of the Wrong Body with growing excitement and thumping of the air not just because of one’s sympathy with its content, but also because of his sociological approach to the material. Very few social scientists have seriously applied their skills to critical analysis of ideas about sex and gender.

The book analyzes narratives of transness and the author’s conviction of the incorrectness of his previous beliefs, which “robbed” him of his body.

There are two main narratives of transness: the dominant one, which Missé correctly identifies as emerging from the medical establishment is that trans individuals are “trapped in the wrong body” and therefore need to correct their bodies through (expensive) hormonal treatment and surgery; and a second, emerging and less popular narrative, which is that transness or transgender is a normal part of natural human variety and does not need to be fixed by expensive hormonal treatment and surgery. The myth of the wrong body is the mirror image of the myth that there are only two sexes and two genders.

Miguel Missé alerts the careful reader in his Prologue that his sympathies are not with the need to “correct” the “wrong” body but rather with the analysis and dismantling of societal narratives that uphold the myth of wrong bodies, recognizing that it is not only trans people who are oppressed by myths of the wrongness of their bodies, but also many women, fat people, disabled people, old people, BAME people, other components of the LGBTQ+ acronym.

Throughout the book he is conscious that his new convictions may make uncomfortable or unconvincing reading for many trans people, particularly those who have followed the same medically corrective path as himself. And he directs those opposed to his ideas to give him a final chance by reading the Epilogue (which he had contemplated making part of the Prologue!) which is “a personal meditation on how this political discourse can translate to everyday life and the concrete ways we can live in a manner consistent with these notions.”

The book is lucid and accessible using the minimum of jargon and acronyms: Part One discusses “the medical paradigm of transgenderism,” which insists that trans people have experienced an error in their biological development to which medical professionals have the answer. This approach denies or downplays the role of societal influences which in any case and in most societies organize individuals according to a binary biological view. As Missé says “Frankly, in the field of social sciences, we have a lot of work to do in terms of explaining what it does and doesn’t mean for something to be socially constructed.”

In Part Two entitled Trans Is Pop, the author reviews enhanced media visibility of transness and whether this indicates greater understanding or acceptance. This section raises the broader issues as to how sexual activities across the board have become relatively recently identities. Not too long ago, sex was what one did, not who one was.

This is a very important argument about which books are now beginning to be written, and an argument that may upset many of his readers. This argument he applies specifically to the new categorization of “transgender minors” being promoted by a new generation of medical experts, along with “new discourses surrounding sex in the brain and the innateness of being transgender.” These new discourses still promote the idea that the suffering of trans people will be fixed by altering the body, rather than by addressing the essentialist myths and stereotypes, upon which transness depends.

In Part 3 Missé reviews how new trans narratives born from binary thinking naturally serve to reinforce the myth; transition being measured by the degree of “passing” achieved. But “passing is in fact the opposite of empowerment; it means having to eliminate all evidence that we have gone through a transition,” which he rightly sees as problematic as a trans ideal. And “social media promotes passing as a one-way ticket to social success and total happiness” . . . which itself strengthens the myth of the wrong body.

Missé hopes and expects the balance eventually to tip to a situation where being trans will be a fully socially normalized experience making “passing” and all that entails superfluous. As he optimistically states, it is not for trans people or any other individual who feels that their body does not conform to societal ideals to change their bodies, but for “society to accept the diversity of human bodies.”

Missé’s analytical approach could be applied with profit to societies where binarism . . . for various reasons . . . has less of a hold, though it may be hard to find a society not yet in the grip of Western medicine.

This is a very engaging and important book that deserves to be widely read.