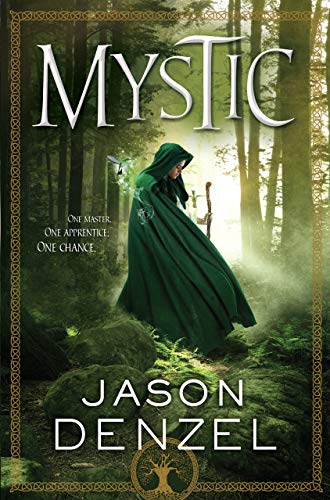 “a satisfying coming-of-age story via a fantastical adventure.”

This first volume in a new fantasy trilogy is a nicely drawn tale of escaping one’s class in a harsh caste society. It offers familiar genre tropes, an exciting climax, and a surprise ending. Along the way it’s packed with enchantment and adventure—all wrapped around a deep moral message.

The story follows Pomella, a commoner with a gift to sense the Myst. This is the driving force of the universe that manifests in nature as well as magic. But Pomella is forbidden to ever deal with the Myst, because that’s the right and privilege of only the highborn.

Every few generations, the High Mystic chooses an apprentice from the highborn, and these candidates endure multiple trials to prove their worthiness. Based on their performance, and an affinity with a certain one’s character, the High Mystic selects the apprentice.

This time around, the High Mystic rocks society by calling a commoner—Pomella—to join the candidates. No one knows why, and most people can’t accept it. Some even want to kill both Pomella and the High Mystic to prevent it. But Pomella’s longing to learn about the Myst compels her to accept the summons at all costs. The Myst is in her blood, thanks to her beloved grandmother, who taught her how to care for all life and be open to possibility.

Pomella is aided in her quest by her childhood sweetheart, Sim, and an assortment of fey and alien beings. She is impeded in her quest by their equivalent opposites. Although her world is Earth-like, there’s just enough other-ness to make it a parallel fantasy world to what we know—convincingly portrayed by the author.

Sim nails the underlying social conflict by describing himself: “He was the iron, never having a say in how he could be forged. But that was life for a commoner.” He loves Pomella because she has the fire and the strength—and the innate magical power—to break free.

The book would be most fairly reviewed by a young adult, for whom the story is intended. Reading it from an adult perspective may leave one frustrated, because there’s so much room available in the relationships and world-building that it’s disappointing when the author pulls back to the teenage level of emotion and rationality. This is appropriate, though, since the characters are teenagers.

Regardless, there is enough character development through hardship and high-stakes choices that it becomes a satisfying coming-of-age story via a fantastical adventure.