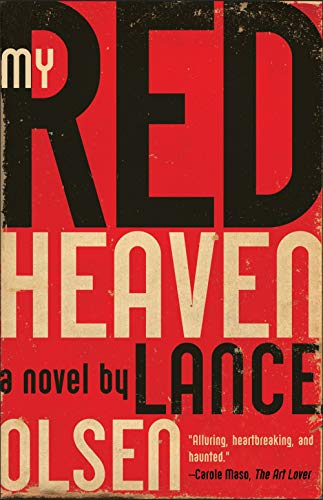 This novel is difficult and challenging and demands a lot from the reader. Parts are wonderfully written, parts are transcendent, parts are heartbreaking . . . but hold on. Should we not consider the casual reader? Should we require the casual reader to have an advanced degree in comparative literature to be entertained?

In reviewing, one must consider the average reader and that is where this book comes up short. It is a great idea for a story—a look at a cast of characters from a single day in Berlin in June, 1927. Populism is one the rise and, yes, Adolf Hitler is one of the many characters—real and fictional—that populate this sprawling novel.

The characters are a history-making group that include Franz Kafka, Billy Wilder, and Vladimir Nabokov, but the parts here mean more than the whole. For instance, reading about Billy Wilder’s fascination with a transvestite decades before he made the film Some Like It Hot is ingenious, and the story of Wilder and his obsession with Emilie is a gem.

One can feel the young filmmaker’s thrill because of Olsen’s elegant descriptive writing:

“Emilie’s hair long and ash blond and she smells like cigarette smoke and alcohol and extravagant violet perfume.
“Billie can’t get enough of the thrilling confusion every time he raises her dark green mesh flapper dress with the black beaded deco design and jagged hem and lampshade fringe and asks her to keep on her stocks and dark green high heels.
“That dissonant shock is like watching the first few seconds of a hundred different movies back to back to back.”

If only Olsen would stick with his central conceit and his clear ability for precise and concise detail.

The individual stories of the fictional characters are absorbing, and it’s interesting to read, as you’re meeting them, to know what their eventual fates will be. That adds an immeasurable weight to many of the scenes.

But storytelling here is sacrificed for experimental or innovative writing. The novel switches from prose to stream of consciousness to pages of a screenplay to, well, one is not quite sure how to describe some of this except to say there are words on a page. Free-form poetry maybe? In the ultimate chapter that begins with a plane crash, the paragraphs literally crash and burn against each other into a dysfunctional mess.

Maybe all of this is thrilling if you’re an English PhD candidate, but one doubts the casual reader will want to spend the money for such experimental storytelling. Some will, but forewarned is forearmed.