My Love Story: A Memoir 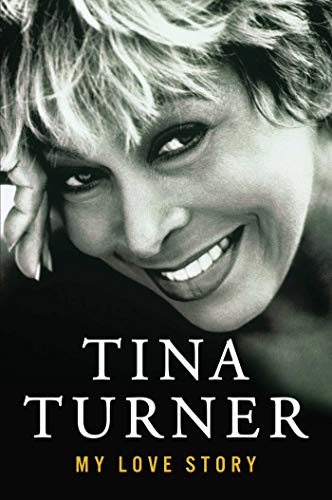 “And you know what I say to people who ask, ‘What do you do when all the odds are against you?’ I say, ‘You keep going. You just don’t stop.’”

When one sets out to read a memoir by one of the queens of modern rock and pop music, we wonder what it’s like to be that famous. Well, in My Love Story: A Memoir we learn that all that glitters is not always gold. . . .

Anna Mae Bullock was born in Nutbush, Tennessee, on November 26, 1939. Her parents did not get along and by the time she was 11, her mean-spirited mother abandoned her and her older sister.

Though a poor student, Anna Mae loved to sing. From age four, she would sing for coins that salesgirls in stores would give her, and at family picnics accompanied by a trombone and snare drum.

Singing was what led Anna to meet Ike Turner, when she was just 17, when he was playing at a club in St. Louis.

“And Ike didn’t just look dangerous: he was dangerous.” She found him ugly but irresistible. As Anna sang along to Ike’s band onstage, her voice resonated. “He loved what he heard that night . . . that drew us together.”

Anna had her first son at just 19, but the child’s father left her to her own devices. What choice did she have but to earn a living by going on tour with Ike Turner, leaving her little son in the care of a sitter?

Because of her powerful singing voice, Ike took it upon himself to rename her Tina Turner, and created the “Ike & Tina Turner Review.” By the time Tina had her second child, Ike’s son, Ronnie, in October 1960, Ike already controlled Tina psychologically; now he possessed her heart and soul.

In 1962 Ike and Tina eloped to Tijuana where they honeymooned in a whorehouse as Ike forced her to watch a live sex show immediately after their marriage ceremony.

Throughout the sixties, as Tina Turner went through the motions of being a “good wife” she bore the classic symptoms of domestic violence victim while it was still something no one dared to discuss.

Tina was Ike’s punching bag for many years and more often than not had to hide her bruises and battle scars with heavy makeup before their shows. “And you know what I say to people who ask, ‘What do you do when all the odds are against you?’ I say, ‘You keep going. You just don’t stop.’”

But by 1968 Tina wanted out; Ike had three mistresses at once living in their house, one of whom was pregnant with another of Ike’s children.

One can guess that Tina’s way of getting out was her attempted suicide; however, they pumped her stomach and she went on to live the early seventies suffering more abuse, until by 1976 she’d had enough.

She started to practice the powerful chanting of Buddhism and things dramatically began to shift. “I needed a new mind-set to deal with my horrible marriage . . . to make the right decisions.”

Perhaps the seventies’ women’s lib movement saved her life. Tina filed for divorce from Ike, though she seriously doubted her marketability as a solo act, at the age of 39.

Tina began to meet and work with the crème de la crème of rock music. With a new manager—Roger Davies—she worked on rebuilding her solo career with the likes of Rod Stewart and David Bowie, and made the movie Mad Max: Beyond Thunderdome.

Things finally began to look up for Tina with her years of living as a victim far behind her, as she won a Grammy in 1985 for her Private Dancer album which sold eight million copies in its first year.

While Tina was accustomed to living alone, and in all likelihood found it a relief after the emotional baggage she carried from her first marriage, she makes it clear for the reader that she was looking for just the right companion. She said, “There have been times I’ve gone up to a year without it [sex] to be honest.”

Then while her life was still on an upward swing, in 1985, she met Erwin Bach, an EMI executive, 16 years Tina’s junior. Yet they hit it off immediately.

The good stuff kept piling up. She earned the Kennedy Center honors in 2005, and appeared as the cover girl for German Vogue at the age of 73.

There’s a Yiddish expression, bashert, which means, “destiny.” We learn that Erwin was Tina’s bashert, in more ways than one.

Tina married the love of her life, Erwin, in 2013 in a star-studded wedding at her home in Switzerland. But things turned horrendous when, three months after the wedding she had a stroke, and doctors found her kidney function seriously compromised.

In 2016 she was successfully treated for intestinal cancer, but had to begin dialysis as her kidneys worsened. As the ultimate loving, selfless gesture, Erwin offered Tina one of his kidneys and surgery was performed in 2017.

While Tina finally began to heal after a laundry list of health challenges, there was one more test to her very will to live: She and Erwin were about to celebrate their fifth anniversary when her son, Raymond Craig, committed suicide after a life of depression.

We feel the crushing heartbreak as Tina says, “But what I really want is to hear my son call me ‘dear’ again.”

Tina Turner should be the heroine to whom every survivor of domestic violence aspires. Her humble message of strength shines through all the adversity she has faced, leaving the reader wishing Tina peace and contentment for her golden years, and that there were more than just 245 pages in this quick, but abundant read.