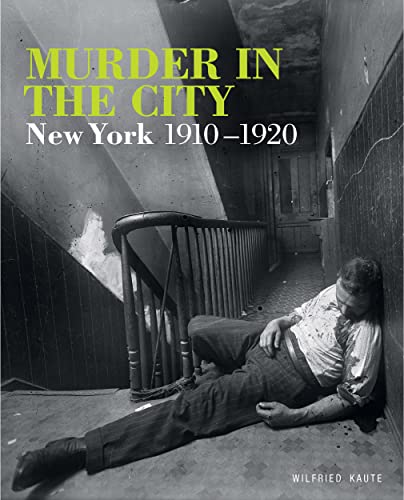 Why is society so fearful of crime, but also fascinated by it? Why do the details of a gruesome murder, rape, or other heinous crime hold our attention? We wonder why people kill, and we are intrigued by the ways in which the act is accomplished. For years, psychologists and criminologists have tried to answer these questions, but thus far no one has been able to come up with a solid explanation.

We are both seemingly seduced and repulsed by these taboo acts of rebellion against the morals of society. Every day we are bombarded with crime stories, whether it’s in the newspaper, on television, radio, or our computer. Some of these crimes are inconspicuous and easily forgotten, while others linger forever in our collective memory because they elicit shock and horror.

In the real world, there is in fact a practical duty we share in understanding the means and the motivations for crime. Understanding is necessary for prediction, prevention, and protection. But the popular fascination with homicide goes far beyond the practical. The story lines are a staple of art and literature and a subject for both drama and comedy. The murder mystery is often most compelling when it abandons reality and is framed in fantasy.

There’s an old saying in the news business: If it bleeds, it leads. The nightly news and other media outlets are filled with stories of crime, killing, and sorrow. But here’s the dirty little secret: They wouldn’t show us all that murder and mayhem if we didn’t covertly crave it. Deep down, psychologically, we all want a glimpse of the darker side of humanity but from the safety of our living rooms and recliners.

Wilfried Kaute’s Murder in the City: New York, 1910–1920 is a shocking assortment of photographs and crime scene reports. Unearthed during renovation of the former NYPD headquarters, Murder in the City tells a tragic story through photos of missing persons, pickpockets, shooting victims, gang fights, and botched robberies. The author, who is based in Cologne, Germany, is an award winning documentary cameraman and film producer. This is his first book.

The images included within this book are intended as purely objective documentation of crimes and offer little to no personal identification of the victims. Combining extensive research in the New York City Department of Records and the Library of Congress, Murder in the City offers a distinctive piece of social history.

Most of the photographs presented in this book are shocking and revolting, while some have a stunning sophistication—this collection of 150 black-and-white photographs presents a rare and thought provoking look into a bygone era. Readers will find themselves repulsively captivated as they gaze upon the dead. The photographs show victims prostrate on sidewalks, stabbed, shot, and butchered in stairwells and bedrooms of tiny apartment buildings, their faces and wounds clearly visible. The causes of death are stated if known.

Yet despite the explicit nature of these photographs, there is a poignant and emotional intimacy portrayed. The deceased’s fragile humanity is clearly visible as they are shown surrounded by valued personal belongings. Overall, Murder in the City serves as an emotionally striking glimpse into New York’s unsavory past. Readers must be warned that the descriptions and images presented within are disturbing, distressing, and gruesomely graphic in nature.