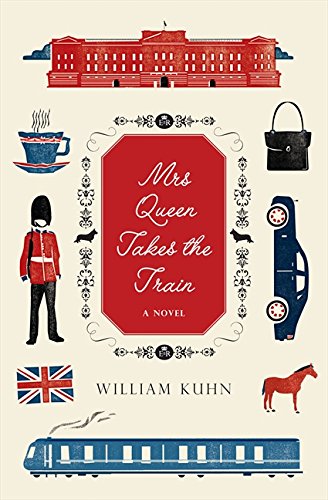 “It’s lonely at the top,” they say—a sentiment poignantly illustrated by the fictional Queen of England in William Kuhn’s first novel.

Now 80 years old, the queen feels like an artifact doddering into obscurity. Thus, when an unexpected opportunity arises, she walks out of Buckingham Palace unattended for the first time in her life and enjoys a day among her subjects as an ordinary woman.

The royal staff, meanwhile, scrambles in panic to get her back safe and sound, especially before the media discover their laxity. Much of the book is the staff’s story, rotating between Luke, her equerry; Anne, her lady-in-waiting; William, her butler; Shirley, her dresser; Rebecca, the young mistress of the royal Mews; and Rajiv, a clerk in a cheese shop that serves the royal household.

Each of their stories is intriguing and insightful, informing the reader about the daily life of palace personnel, as well as their backgrounds, duties, conflicts, and concerns. The details are so plausible that one hopes the author really knows his stuff, because it would be horribly disappointing to learn that the representations don’t reflect reality.

Not much worry there, because Mr. Kuhn’s previous works are historical biographies in the same vein. It could be he got the idea for this novel from researching other royals and celebrities and wondering about the human side of their lives.

The queen is delightfully human—warm and complex, dutiful and savvy, ritualistic and feminine—but chafing against both her age and the constraints of her life. She is confounded by new technology and comforted by the ancient practice of yoga.

Each chapter title and theme, in fact, draws from yoga—“Plank” and “Warrior Two” (poses), “Pranayama” (specific breathing technique), “Swami Vivekananda” (a spiritual leader)—making for an interesting jangle between the too-too British life of its monarch and the concepts and disciplines of an eastern religion.

Her unplanned excursion reveals her to be equal parts naive and wise, leaving it not quite clear whether she’s getting dotty in her old age or is just a youthful spirit succumbing to high mileage. She seeks refuge from her doldrums aboard the family yacht docked in Scotland—which, somewhat like herself, has become a museum.

The staff pursuing her figure out her destination soon enough, and converge from three directions to catch her without undue excitement. Along the way the pairs traveling together discover important things about themselves and form new relationships, as well as closer bonds to the monarch they serve.

The queen is so appealing that readers might feel shortchanged by how much she’s off stage while the story delves into the supporting personalities. Fortunately, Mr. Kuhn’s writing style and character development make the side trips worthwhile.

His tongue-in-cheek zingers lighten up what otherwise is a serious novel. We see the British monarchy in all its guises: a troubled family, an obsolete tradition, and a military order. The prose is enriched by simple statements like “Luke felt the gravitational force of her compassion” that make one think, Why yes, that’s a great way of putting it!

The timeline gets twirly at times, weaving everyone’s backstories into the current conundrum, but it’s not hard to follow once you get the rhythm. Overall, the novel is both charming and touching, with a somewhat belabored ending. Still, this fresh take on an old and venerable institution makes the reader wish for more.