From the Mouth of the Whale: A Novel 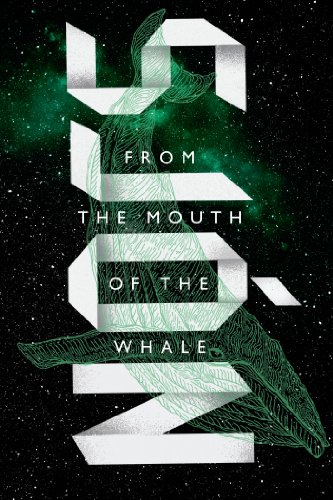 “Sjón—deftly translated into English by Victoria Cribb—writes a rich layered prose that, like his protagonist, seems to spring from the extremes of Icelandic dark and light. . . . Beautiful prose, sharp observation of nature, folklore, poetry, grotesque violence, human loss, and outright comic chaos weave in and out of this confidently written novel in which the narrative tone is in perfect pitch with the story being told.”

Icelandic magic realism, sinister comedy, and dark deeds unfold in a series of vignettes and set pieces in From the Mouth of the Whale. Natural historian, runic scholar, poet, and healer Jónas Pálmason has been exiled to a remote island in 1635 as the Protestant Reformation sweeps Catholicism and pagan superstitions underground. Literally.

In an early tale Jónas, aged five, is swept along with his family and the people of his village to a mound where spirits are said to live. The earth is cleared from the side of the hill to reveal a buried statue of the Virgin Mary, still venerated by the older people who have been forced to abandon their former faith and its icons.

As he grows older Jónas gains a reputation as a healer and a shamanic figure, an animist who seems to share a psychic link with the naked Iceland landscape in which he travels. But from early on he arouses suspicion.

Sjón—deftly translated into English by Victoria Cribb—writes a rich layered prose that, like his protagonist, seems to spring from the extremes of Icelandic dark and light.

Describing Jónas composing a poem on Iceland’s birds with a youthful accomplice Sjón writes: “Láfi had begun the poem, the first three stanzas were his, but had run out of birds and inspiration by the time I turned up. As we walked from farm to farm we took to chanting the poem together. He recited the first verses, which he had knocked together with some skill, and I slid into the metre—slipped into like a tongue into the socket of a well-boiled sheep.”

From early on we know that Jónas has been exiled with just his wife for company. She constantly berates him for “that sort of nonsense that got us here in the first place.”

“That sort of nonsense” is Jónas’s apparent mastery of dark arts, his reputation as an exorcist and healing skills that are rooted in the folklore of his country and pagan rites.

He admits himself that he brought unwelcome attention to himself by “meddling in affairs too deep for a poor poet, by which I had provoked enmity of powerful men with who I could not contend, failing to realize they were jackals, not lions, that they would not be satisfied until they had severed my head from my body.”

Jónas seems at times to live in a hinterland between the harsh reality of his life in 17th century Iceland—the deaths of three of his children and the communal frenzy that resulted in the slaughter of a group of Basque fishermen—and an esoteric hinterland, grounded in nature but which shimmers into other worldliness.

These experiences define him and draw down the antagonism of the puritanical Christians who now control his country, who burn books and execute heretics, and who want to impose their worldview on those who do not share it.

Switching from first- to third-person narrative, From the Mouth of the Whale is a story of a man out of sync with the time in which he lives but whose very sense of being is wired into the physical environment into which he was born.

Beautiful prose, sharp observation of nature, folklore, poetry, grotesque violence, human loss, and outright comic chaos weave in and out of this confidently written novel in which the narrative tone is in perfect pitch with the story being told.