The Mountain in the Sea: A Novel 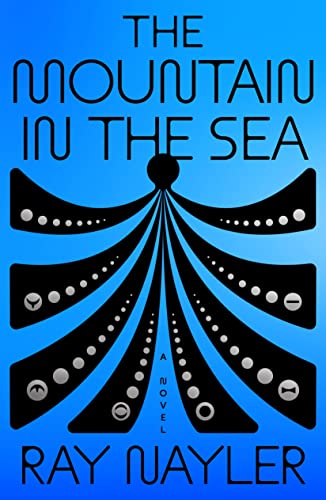 The theme of The Mountain in the Sea can be summarized in a quote from one of its characters, Dr. Minervudottir-Chan: “The great and terrible thing about humankind is simply this: we will always do what we are capable of.” Nayler explores the incredible power of humankind to build astonishing things and also to wreck them utterly, showing that in many ways, the two tendencies are one in the same.

The Mountain in the Sea is advertised as a “thriller,” but readers expecting high suspense and a predictable storyline will be disappointed. The novel is slow, thoughtful, and does not tie its loose ends into neat bows. The various storylines come together only thematically, and some of the point of view characters never meet. However, as a literary exploration of consciousness and the peculiar traits of humanity as a species, it succeeds wonderfully.

Three distinct consciously intelligent species interact in the book: humans; a species of octopus that has developed symbolic communication and culture; and Evrim, a conscious android whose creation frightened the world into passing laws forbidding any more like him from ever being made.

Communication among any of the three is fraught with complications, and no easy solutions are offered for successful communion with an alien mind. As Ha Nguyen, a marine biologist studying the octopuses, says, “the factors which will keep us from understanding a creature as alien as the octopus are the same factors that keep us from truly understanding one another: imperfect predictions . . . misunderstandings compounded by assumptions, bias, and haste. And a pervasive distrust of the motives of the ‘other’ as we struggle to understand and to make ourselves understood.”

Ha struggles to connect with both Evrim and the octopuses, but she finds the other human on the island almost as baffling: Altantsetseg, a Mongolian war veteran charged with defending the island and the octopuses living in the ocean around it from outside threats. Altantsetseg is as much an alien to her as the others, making incomprehensible choices and committing violence that Ha finds morally repugnant, even though it protects her and her work.

Several other characters take turns narrating the events of the book: Rustem, a hacker who specializes in AI minds and has been hired to take control of Evrim’s; and Eiko, a young man kidnapped and forced to work on an AI-controlled fishing boat, one of thousands systematically pulling all the protein out of the world’s oceans. These storylines never connect to each other in a traditional way, but together they explore many of the same questions, contrasting the “treasure and wreckage of humankind’s legacy.”

Nayler wisely reaches no neat conclusions at the end of his tale; instead, the reader is given multiple avenues to contemplate how invention inevitably serves both creation and destruction, how the values of a civilization do not necessarily reflect the values of its individuals, and how vast the communication gulf can be between thinking, conscious minds.