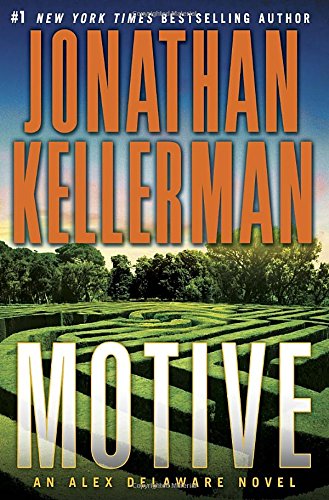 “a winning combination from an expert storycrafter.”

Jonathan Kellerman has mastered the art of lean, evocative prose. He applies it again in his 29th Alex Delaware mystery—a series that grows stronger with each volume.

Although the novel is a police procedural, Delaware is not a cop. He’s a forensic psychologist specializing in childhood trauma, and works as a consultant to the L.A. Police Department helping his best friend Lieutenant Milo Sturgis solve kinky or cold cases.

In this one they search for the connection between multiple women who are murdered in diverse ways, with no apparent motive. The only clue is food: an eating tableau customized for each victim. The anomaly sends a message that Delaware quickly picks up on, though the reason for it, and relevance to the crime, remains elusive.

Kellerman takes us through the discovery process step by step, never allowing for sidetracks or boredom. He wastes no words, showing everything the reader needs to know about character or scene through dialogue and terse descriptions of mannerisms, households, clothing, cars—all perceived through Delaware’s sharp eyes.

“But years after his divorce, Corey hadn’t done his bachelor pad justice. The place he’d chosen to sink a million and a half dollars into remained as sparse and sad as a newly single man’s temporary crib: blank walls, unadorned wood floors, just the one sofa and two metal-and-black-vinyl folding chairs for seating, a forty-inch plasma screen set up on cinderblocks and bottomed by a pasta of wires . . .”

“He arrived moments after Milo and I had been seated, a pigeon-chested, large-bellied six-footer with slicked black hair and a gray Zapata mustache. He wore a white polo shirt, black slacks, white-soled black deck shoes. Heavy man but firmly packed; he moved quickly and smoothly, a tree-trunk prop in a school play wheeled across the stage.”

That’s all we get for character description, usually upon first meeting. The rest is shown through everything else (keyword being “shown”).

Occasionally we get Delaware’s thoughts, and bits and pieces of his personal life and background. “My tendency to put a positive spin on life was a perpetual source of amusement to Milo. . . . I doubt he knows that it’s learned behavior, not instinct. Growing up with a chronically depressed mother and a violent boozehound father, you figure out a survival strategy or you perish.”

On with the story.

The only way to really know Alex Delaware is to read the entire series. Even then there’s much missing, much more to be learned. Since series are driven by character(s), that ensures readers will be drawn to the next volume, and the next. . . .

Kellerman keeps delivering solid plots grounded in human pathology, while assuring us that goodness will ultimately prevail. It’s a winning combination from an expert storycrafter.