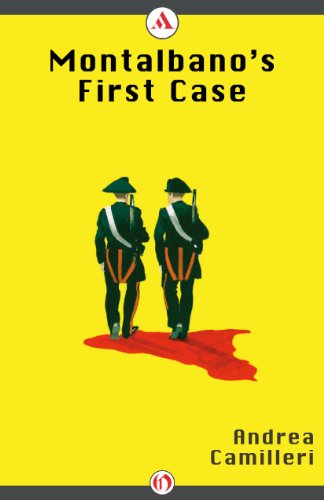 “The immense popularity of the Montalbano books . . . lies in prose splashed with the sun of Montalbano’s Sicily.”

Fans of the Italian crime novelist Andrea Camilleri may be distressed to know that the 88-year-old novelist, so famous in Italy that impersonations of him are commonplace on TV variety shows, claims to have written his last Inspector Montalbano novel.

That would be The Dance of the Seagull, which was just published this year in Italy but has yet to appear in an English translation. For the time being, we will have to be satisfied with a series prequel Mr. Camilleri wrote nearly a decade ago, now appearing for the first time in a digital English version as Montalbano’s First Case, in which the story of Montalbano’s early career is detailed.

There are 20 books now in the series, and although the last six await English versions, Inspector Salvo Montalbano has risen in stature to stand next to George Simenon’s Inspector Maigret, Ian Rankin’s Inspector Rebus, and P. D. James’ Adam Dalgliesh.

What distinguishes Mr. Camilleri’s crime fiction from his peers is a willingness, even a determination, to weave his mordant opinions of Italian politics and organized crime’s role therein into his deceptively sunny Montalbano books.

A particular target in earlier books like The Paper Moon and August Heat was the reign of the now toppled Silvio Berlusconi, while the very first Montalbano book in the series, The Day of the Owl, established the anti-mafia theme that threads through all subsequent works.

“Are you serious?” one character asks another early in this new book [to English readers, that is]. “As a heart attack,” replies the other.

But the immense popularity of the Montalbano books in Italy and elsewhere—in Britain, for example, where Mr. Camilleri was awarded the British Crime Writers International Dagger award—lies in prose splashed with the sun of Montalbano’s (and Mr. Camilleri’s) Sicily, a wry Italian humor, and the enticing aroma of red mullet alla livornese, Montalbano’s favorite dish, which proves to be the key to learning the secret of a mysterious 18-year-old girl who figures in this first case encountered by Montalbano on his arrival as the new police inspector in Vigàta, the seaside town on which all his subsequent cases pivot.

It’s 1985, and Montalbano has been promoted, much to his relief, from a lower rank in a bleak mountain town in Sicily’s interior to a full inspectorship in a more salubrious coastal venue. The mountains “were more than enough to plunge him into the darkest of melancholies, an unbearable sensation of exile,” Montalbano thinks in this elegant translation by Gianluca Rizzo and Dominic Siracusa.

Arriving in Vigàta the day before he is officially sworn in as Inspector, Montalbano witnesses a traffic accident which eventually draws him into a web of corruption stretching from a judge’s courtroom to one of Vigàta’s most dangerous crime families, a web in which the mysterious young woman is deeply ensnared.

The story unfolds in Mr. Camilleri’s (and his well-chosen translators’) brisk prose, sly jokes and deep affection for his native Sicily. Early in the book, Montalbano pays a visit to Vigàta’s Turkish Staircase, which Mr. Camilleri borrows from the real Scala dei Turchi, a limestone cliff not far from his hometown of Porto Empedocle. “The excessive colors made Montalbano dizzy,” Mr. Camilleri writes. “He really didn’t want to leave that place.” We’d prefer to linger there with him too, but Montalbano drives away in search of a good dinner and the adventures that lay in store.