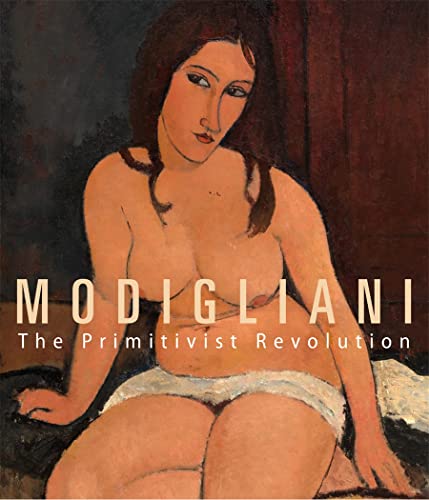 “Modigliani - Picasso: The Primitivist Revolution is the type and quality of a project one would expect to accompany an exhibition that honors an artist of Modigliani’s caliber on the occasion of the centenary of his death.”

Published as a catalog to accompany the Modigliani exhibition at The Albertina Museum in Vienna, Modigliani - Picasso: The Primitivist Revolution is pretty straightforward.

Amedeo Modigliani (1884–1920) was born in Italy but moved to Paris in 1906. He became acquainted with many avant-garde artists of the time such as Pablo Picasso, Constantin Brancusi, André Derain, Juan Gris, and Guillaume Apollinaire. Like many in his circle, he was exposed to the “curiosities” on display at the Trocadero Museum that opened in Paris in 1882.

The Trocadero displayed items from Africa, Oceanic regions ,and Asia, that is, non-European places encountered by explorers as part of the western mission of colonialist expansion. At the time, these areas were considered “savage,” “obscene,” and “primitive” compared to western art traditions and Victorian era societal sensibilities. Artists like Modigliani and Picasso latched on to the design constructs of the masks and architectural supports like totems and caryatids that they saw there.

Modigliani - Picasso: The Primitivist Revolution offers three essays that cover these topics. The discussion behind the controversial title of “primitive” is explored in all of the writings. There is a derogatory and racist perception attached to the word and after so much debate and study, it still remains an elusive concept. In general, it refers to artwork made by westerners that was influenced by non-western aesthetics.

More specifically, it refers to the time period of breaking away from artistic conventions that was spear-headed by Picasso and, now art historians are finding, by Modigliani. The essays explain why Modigliani should be considered a leader of Primitivism, why his reputation as an addict is unfounded, and that even after his early death at the age of 35, he still influenced the work of Picasso.

The artwork catalog in the second half of Modigliani - Picasso: The Primitivist Revolution includes full-color and full-page reproductions of 160 pieces. Modigliani’s early interest in sculpture is set side by side with artifacts from antiquity, pieces by Brancusi, and drawings by Picasso.

The catalog includes a selection of Modigliani’s Caryatid drawings as well as his Cycladics. Catalog commentaries elaborate on the influence of historical Cycladic sculptures on his portrait paintings. With his primary subject matter being the human body, specifically the female body and the nude, there is a wonderful selection of Modigliani’s oeuvre represented in the catalog. The exhibition goes beyond Modigliani works and includes Picasso, Derain, Brancusi, and the “primitive” sculptures from Asia and Africa that were so influential.

Bonus material at the end of the book is helpful and interesting, providing a wider context of the life and times in the art world of Modigliani. Black and white photos capture mood and body language, clothing and setting. A timeline expands to include what was happening with the Salon des Indépendants: Braque, Cézanne, Matisse, van Gogh, and Gauguin, also influential to Modigliani’s artistic development. This section rounds out Modigliani providing more insight into his personality.

Modigliani - Picasso: The Primitivist Revolution is the type and quality of a project one would expect to accompany an exhibition that honors an artist of Modigliani’s caliber on the occasion of the centenary of his death.