The Missing Ones (A Hester Thursby Mystery) 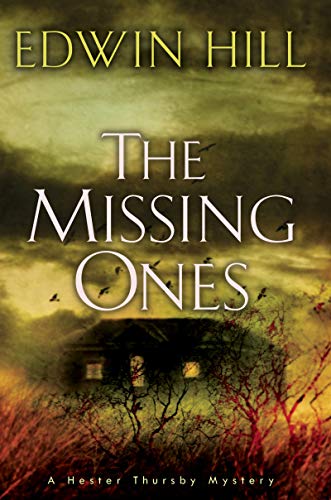 “Hill demonstrates the same humor, malice, and zinging dialogue that made his debut novel one to savor, and he commands our attention as a rising star in the mystery genre. Don’t miss out on The Missing Ones.”

Every so often on social media, librarians of the world discuss which stereotypes they embody and which they fail to attain. Do they wear cardigan sweaters? Eyeglasses? Do they have a propensity to purse their lips and go, “Shhhh”? Harvard librarian Hester Thursby, the gritty, pint-sized protagonist of Edwin Hill’s The Missing Ones, checks only one box: she has a relentless curiosity, and with it, the drive to answer tough questions. Hester’s current quest takes her to fictional Finisterre Island off the coast of Maine. She’s searching for a missing person, one close to her heart, but what she finds is a population of damaged locals who are all lost in some way.

Hester herself is also missing in action. After the harrowing events of the last novel, Little Comfort, Hester is shell-shocked and sees danger around every corner. She’s been lying to her live-in boyfriend Morgan about her daily whereabouts, skipping off from her librarian job and taking their young charge, Kate, out of nursery school. Hester has been caring for Kate for more than a year now, ever since Kate’s mother (and Morgan’s sister) Daphne left town with no warning and promptly vanished in the wind. Hester has a growing attachment to Kate but no actual claim to her, and she fears what will happen when her web of lies breaks apart.

“It surprised her how easy it was to deceive, to keep these tiny little lies going. And she knew when it all came tumbling down, it would be spectacular and ugly and messy. How on earth had she morphed into this complete lunatic?”

Hester’s vow to give up investigating to keep herself and her makeshift family safe is tested when she receives information that suggests Daphne could be on Finisterre Island. Hester spins more lies and takes off in pursuit, despite the threat of a coming storm that could leave the island shut off from the mainland.

Once there, she finds a community of people all struggling with missing pieces in their lives. Some are missing love as they drift in empty marriages. Others are missing shelter or family, staking out territory in a rental house-cum-drug den. Still more are missing stability as their lives have been shattered by the wave of pain pills that have recently blanketed the island. Local police officer Rory Dunbar has all he can handle within his own family, let alone the rest of Finisterre.

“Drugs had crept onto the island and into Rory’s family, taking each person he loved, one by one. It had started with his mother, who had taken Oxy as cancer spread through her body. It had moved to his father, who had slipped pills from her prescription to deal with pain from an old injury. The two of them had found doctors to keep the prescriptions going. Rory’s mother died from cancer seven years ago. His father overdosed a year later. And now Pete.”

Against this troubling backdrop, Finisterre has a new mystery: Someone is snatching young children. Then a dead body surfaces. Hester must untangle a series of decades-old grudges, false identities, and murderous intentions to find the answers before more of Finisterre’s citizens winds up dead.

Through it all, she continues her search for Daphne, almost compulsively, because as much as she wishes to see her friend again, she’s not sure what will happen if Daphne returns. What if Kate’s mother wishes to reclaim her? Kate has given Hester an identity for the past year, and without her, Hester would surely count as a missing one herself.

Hill’s skill at creating realistic, compassionate portraits of people from all walks of life shines in this populous novel. For readers of Little Comfort, there are many new faces to greet in The Missing Ones as Hill sketches out the rich history of Finisterre Island. Like Hester, these arriving characters aren’t always pleasant company. They are cantankerous and make various terrible mistakes, but they are also slyly funny and totally compelling. You will want to follow all of them to find out what they’ll do next. Hill demonstrates the same humor, malice, and zinging dialogue that made his debut novel one to savor, and he commands our attention as a rising star in the mystery genre. Don’t miss out on The Missing Ones.

Joanna Schaffhausen's most recent novel is the forthcoming No Mercy: A Mystery (Minotaur, 2019). She is winner of the Mystery Writers of America/St. Martin's Minotaur First Crime Novel Award. She has also been a scientific editor, and an editorial producer and writer for ABC News.