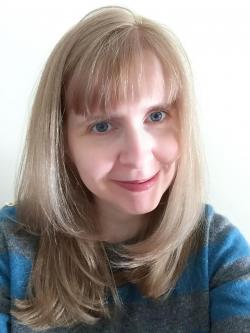 Joanna Schaffhausen is the author of the Ellery Hathaway series, featuring a volatile Boston cop with a dark past. Her first novel, The Vanishing Season, won the 2016 Mystery Writers of America/St. Martin’s Minotaur First Crime Novel Award.

She has a doctorate in psychology, which reflects her long-standing interest in the brain―how it develops and the many ways it can go wrong. Previously, she worked as a scientific editor and as an editorial producer for ABC News.

Now she writes mysteries full time and is a stay-at-home dog mom to a plucky basset hound puppy named Winston. She lives in the Boston area with her husband and daughter.

No Mercy: A Mystery (Ellery Hathaway, 2)

The Missing Ones (A Hester Thursby Mystery)

“Hill demonstrates the same humor, malice, and zinging dialogue that made his debut novel one to savor, and he commands our attention as a rising star in the mystery genre.

The Last Time I Saw You: A Novel

May 6, 2019
Reviewed by:
Joanna Schaffhausen

“From murder and madness to secrets and fraught family relationships, the non-stop glitz gives this tale soapy sheen that makes for perfect escapist summer reading.”