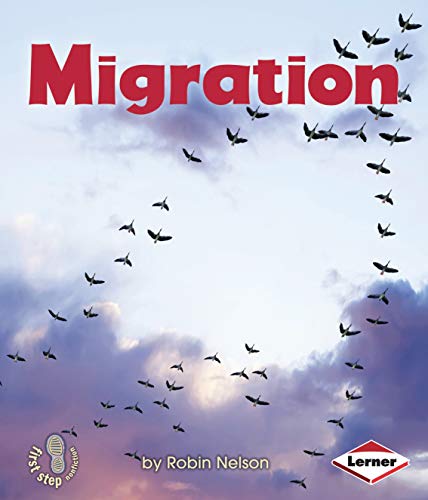 Migration is a grand name for what turns out to be a pretty intimate and small-scale story, despite the epic setting.

It starts as people leave a post-post-apocalyptic world that’s rebuilding itself, is set on a generation ship that’s on it’s way to found a colony on another planet light years away, and ends long before they arrive. As such, it’s a story of the middle—a whole culture simultaneously defining itself in the context of new social demands and waiting for the time when it will be needed as the foundation of the new world.

It’s a quiet story, neither engrossing with action nor particularly tense or doubtful of its own outcome. Instead of being dull, as it very easily could have been, it reads as an interesting bridge between classic science fiction tales like those of the 60s and 70s that Baen, its publisher, is known for, when tech was boxy and mechanical and seems almost dated by today’s standards, and the more modern stories we generally read today, where everything is sleek and digital. The transition in forms is quietly done, too, and makes perfect sense, though it would have been even better if it were more overtly done. The story is often fascinating, a sort of treatise on how people powered entirely by ideals build a society almost from scratch.

In the end, this is what the story is actually about. The characters often seem to be a bit one-note, and the narrative doesn’t change much from their supposedly differing points of view, but the story is very clear on the point that the individuals aren’t really the point ,and they aren’t what it’s really about.

Migration as a whole maintains a position that tells the story of the mission and the community that’s emerging from that mission; the mysteries and plot points, the people and their lives, really only serve to show the evolution of the whole, and there’s never any real concern—from the characters or on the part of the reader—that the outcome won’t be as planned. And the ending is pretty ingenious while staying perfectly comprehensible and straightforward, all the parts coming together exactly as they need to in order for things to work out right.

This isn’t a utopia, and so it doesn’t need to be brought down, and so it isn’t. It’s maybe the start of a utopia or a dystopia, but at this point, it’s all shining ideals and high concepts the way stories don’t tend to be these days.

James P. Hogan died suddenly last month, but this is a decent book to go out on: optimistic that the future can be saved, and even if our current delusions reoccur, they can be bested with ideals and dedication.

The end of this book isn’t the end of the story by far. If another book had followed, there’s more still to be said, including how the divisions showing up in ship-board life will play out on a world to be populated by people not yet born who have never seen unlimited openness or natural ecosystems. If another book doesn’t come (and who knows whether someone will find notes on a sequel?), it gives us sufficient information to imagine how things might continue to diversify and complicate, eventually blending with the best of space-opera and colonization-drama in SF literature today.

Migration is an unusually soothing read, and it’s unusually optimistic—it holds the idea that we can overcome our problems and we can successfully improve ourselves and our cultures. The book wants to be read in smaller pieces and savored and thought about, rather than being devoured all at once: it has a lot to say about current world affairs and how we can recover and overcome after the inevitable collapse we all seem to be sure is coming.

Even with a cover that seems to have little to do with the actual story, Migration is worth the time to read—and think about what you’ve read.