Midsummer Night in the Workhouse 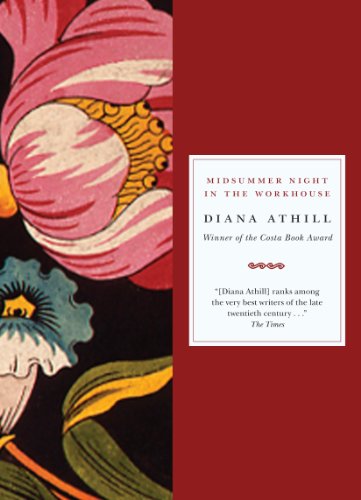 “‘Aren’t human beings awful, aren’t they absurd?’ one woman observes. ‘The things one catches oneself out in!’ Unfortunately, one wishes at times while reading these stories that Ms. Athill had caught her own prose descending into melodrama, with much wringing of hands, trembling of lips and heaving of breasts in some of the stories, conditions usually inspired by guilt born of illicit sex.”

Halfway through the title story in this first collection of the British author Diana Athill’s short fiction, a writer confronts a severe attack of writer’s block, realizing “how closely her work connected with her own experience,” Ms. Athill writes, and that “everything of significance in that experience might have been used up.”

Ms. Athill, now well into her ninth decade, rarely seems to have suffered the same affliction, using her own experience to produce a well-received series of seven autobiographies, including the 2009, late-life memoir Somewhere Towards the End, a poignant reflection on growing old. Her fiction writing has been less prolific, with a lone novel and the short stories collected here for the first time, including her first published story, “The Return,” that appeared in 1958.

The stories in his collection seem very much of their time, for while there is no indication that they’re arranged chronologically, they seem to track the evolving anxieties of mid-20th century Britain, primarily sexual, as Ms. Athill’s characters struggle with feelings to which they’ve been taught to apply the proverbial stiff upper lip.

In the first story, “The Real Thing,” an 18-year-old girl trembles at the mere touch of an older man and startles herself just by the thought of seduction; but near the end of the collection, we find two cheating spouses thrashing at each other’s flesh on a couch, having abandoned their respective mates at a cocktail party.

“Aren’t human beings awful, aren’t they absurd?” one woman observes. “The things one catches oneself out in!” Unfortunately, one wishes at times while reading these stories that Ms. Athill had caught her own prose descending into melodrama, with much wringing of hands, trembling of lips and heaving of breasts in some of the stories, conditions usually inspired by guilt born of illicit sex.

Interestingly, in the very first story Ms. Athill ever wrote, “An Unavoidable Delay,” sex serves a therapeutic purpose as a woman finds herself reconciled to an emotionally distant husband after a brief, but satisfying, affair in Venice. Rose is made of sturdier stuff than Ms. Athill’s more sexually troubled heroines. “It was very good and seemed the right thing to be doing without a doubt in a narrow bed with a hard mattress,” Rose decides as she boards the train for the journey back home.

Two other stories in the collection stand out for their lack of a sexual undertone. In one, “An Afternoon Off,” Ms. Athill chillingly describes a nervous breakdown suffered by one of her rare male protagonists; in the other, “Buried,” a brother and sister well-advanced in age look back on their childhood together with clear-eyed humor and grace.

Much the same can be said of Ms. Athill after six decades of the writing life, both as author and editor. Reading the stories now, she tells us in her preface to the collection, brings “the special flavour of the thrill you experience when first you make things happen with words on paper.”

In at least one or two of these collected stories, we can catch a glimpse of that thrill.