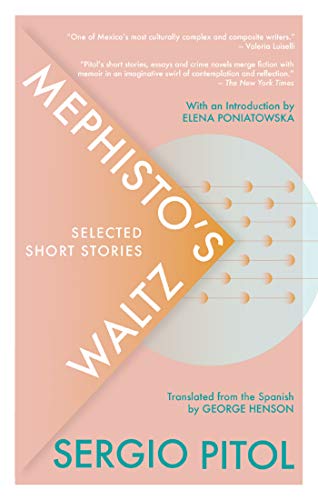 “for lovers of literature and students of the craft, reading Sergio Pitol is to enter one of the great literary minds of our time.”

The Latin American “boom” in the 1960s and ’70s brought worldwide attention to writers such as Gabriel García Márquez, Julio Cortázar, Mario Vargas Llosa, and Carlos Fuentes. Their success in turn garnered interest in the writers that had influenced them such as Jorge Luis Borges, Juan Rulfo, Juan Carlos Onetti, and Alejo Carpentier. More recently, the Chilean born writer Roberto Bolaño became a publishing phenomenon all his own.

For readers turning to the richness of Latin American literature that is a sizable list with which to begin. What this means, unfortunately, is that lesser known though no less talented writers often struggle for recognition outside their country of origin, especially when those writers don’t fit the mold established by their more famous contemporaries. One such ignored writer is Mexico’s brilliant polymath, Sergio Pitol. Thankfully, Deep Vellum Publishing and Pitol’s English translator George Henson seek to bring long overdue attention to this remarkable author’s work.

Starting in 2015, Deep Vellum began publishing Pitol’s trilogy of literary memoirs, The Art of Flight, The Journey, and The Magician of Vienna, and now they’ve released a collection of his stories, Mephisto’s Waltz. A winner of the prestigious Cervantes Prize in 2005, Pitol wrote in a variety of genres, often blurring the line between them, and his later stories such as “Cemetery of Thrushes,” “Dark Twin,” and the titular story “Mephisto’s Waltz,” reflect a fluid movement between narrative and narrative process.

For Pitol, how a writer tells a story is just as fascinating as the story itself, and he explores the possibilities of combining them. In “Dark Twin,” an essay-cum-story charting the genesis and slow evolution of a story, the narrator explains that a “novelist is someone who hears voices through the voices. . . . With them he goes about drawing the map of his life.” Pitol’s stories pulsate with the energy of their creation, as though the author wills every facet of himself onto the page.

What is also evident from Pitol’s writing is the deep depth of his literary knowledge. In his essay, “An Ars Poetica?,”published in The Art of Flight, Pitol describes influences as varied as the Russian formalists, the Mexican writer Alfonso Reyes, and his own experience as a prolific translator, including seven of Henry James’s novels, which allowed him to “enter fully into a work, to know its bones, its structure, its silences.”

Similar to Borges, who claimed to have learned German just to read Schopenhauer in the original, after reading Pitol it’s hard not to feel woefully behind on your literary education. But the common ground to be located in Pitol’s work is not just his erudition, which, like Borges, can be daunting, but his love of literature and his belief that, for the writer, “language is everything.” Pitol uses his vast reading to both venerate and challenge narrative traditions, and the stories in Mephisto’s Waltz reflect a writer going to battle with form, technique, and genre.

Pitol’s principal subject is literature and combined with his peripatetic lifestyle—he traveled extensively and served as a cultural advisor for Mexican embassies throughout Europe—his stories, despite being full of carefully placed detail, cannot be characterized by any one place or time. Carlos Fuentes tackled the Mexican Revolution; Rulfo’s Mexican landscape is seared into the reader’s mind; and García Márquez’s Macondo is a prism through which to view the whole history of Colombia.

Pitol’s characters, on the other hand, are trapped in bedrooms in Warsaw, on interminable business trips in China, or they walk terrifying “hot streets, plagued with ruins, swelter, and cats, where the moon like crucible of ice bathed everything with a surreal, drunken, fragmented light.” His streets are everywhere and yet nowhere.

Don’t turn to Pitol if looking for local color or historical allegories; what he’s after is darker, subtler, and more elusive. For Pitol, central to every story is the “moral dilemma [his characters] contemplate, the value judgment they must make once free of their traditional support, their habits, the alibis that for years they have used in an attempt to numb their conscience.” Far beyond regional preoccupations or national identity, Pitol’s stories capture our unsettling modern condition.

Bolaño called Pitol an “enigmatic and often unclassifiable” writer. His stories can also be difficult. They’re full of obscure or ambiguous mysteries and obsessions. Frequently, stories take place within stories. His work simmers with intensity, but there is no question that it requires close reading. The rewards are plentiful, however, and for lovers of literature and students of the craft, reading Sergio Pitol is to enter one of the great literary minds of our time.