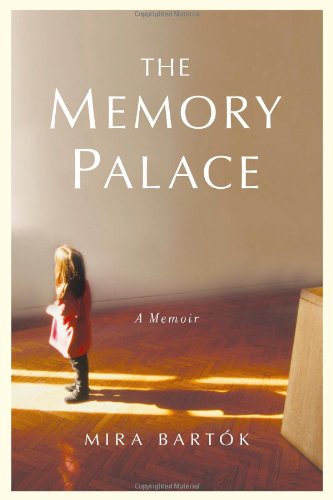 In this often gorgeous and often disturbing memoir, writer and artist Mira Bartok narrates her agonized relationship with a schizophrenic mother.

Written with an empathy that sometimes defies reason, The Memory Palace is not only a portrait of mental illness and its devastating effects, but also a collage of Bartok’s meandering recollections, an attempt at reconstructing her own past through letters and dreams and unanswerable questions.

As one of two daughters, Bartok chose the role of the one who managed, mostly, to stay connected despite cruelty and obsession and even violence.

Against every impulse of self-protection, she persisted in maintaining contact with her mother, even after changing her name and hiding her address. Unlike her sister, who was able to cut all ties without apparent remorse, Bartok returned again and again to the source. Indeed, excerpts from her mother’s diaries are featured at the start of nearly every chapter of the book; as in life, the voice of this once-brilliant woman seized the daughter’s attention over and over, enticing and terrifying. “I have forgotten everything I have ever learned,” offers one entry. “My left hand looks like an over ripe banana and I have momentarily misplaced the continent of Africa yet again.”

Perhaps one of the most challenging aspects of this book is its barrage of introspective inquiries. Ideally the questions are intended to reflect the endless gaps in Bartok’s memory, but too often they seem more like private abstractions—“Could I be a bridge, a boat, a ship?”—or tedious accumulations—“And where is my mother? Is she safe?” As if unconsciously trapped in her own obsessive thoughts, Bartok asks in yet another rhetorical aside, “How many people will it take to stop my mother’s illness from devouring us all?”

Unfortunately, despite the outstanding quality of the writing and the inspired motives of the author, recreating the oppressive nature of such a dysfunctional mind can push readers past the breaking point. I couldn’t help wishing for more reprieve from watching the daughter tolerate so much of her mother’s invasiveness and abuse, even via phone calls and letters. It is tempting to identify most strongly with the other daughter, the one who got away.

In the end, the palace Bartok builds in this book is as beautiful as it is full of devastating damage. Understandably, this kind of love story isn’t rational or sensible. We don’t get to choose our mothers or what happens to us in our childhood; we don’t have perfect control over our thoughts or feelings; we don’t even retain selective power over our own recaptured histories. As the author says with poignancy, more than once: “. . . Memory is impossible to ensnare, even if you build a palace to contain it.”