The Memo: What Women of Color Need to Know to Secure a Seat at the Table 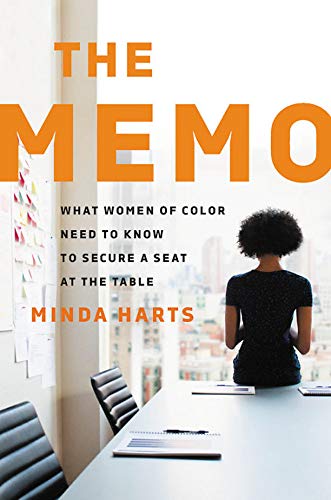 Minda Harts has written a “how-to memo” for women of color in the workplace. It reads less like a guidebook and more like a conversation over drinks after work, in mixed company. The Memo shares Harts’s personal trials as a woman of color. Its biggest success is in highlighting the isolation experienced by minorities in the workplace and in sharing ways in which these women can get connected and set themselves up for success in terms of workplace relationships and office politics.

The book’s tone is informal, direct, and peppered with punchy pop culture references. Despite the appearance of organization, its content rolls like a stream of consciousness. With perhaps two exceptions, chapters are only loosely themed, and their central points are muddy. Its nuggets of actionable wisdom are tucked in among Harts’s anecdotes, some in a “blink-and-you’ll-miss-it” way.

The intended audience changes often, sometimes more than once within a single paragraph, which makes the purported goals of the book even less clear. For readers who are women of color themselves, its frustrated rants will have them nodding their heads, or perhaps shaking their heads, in recognition.

Marketed as the Lean In for women of color in the workplace, The Memo lacks the comparable precision in its advice and the clear articulation of the difficulties specific to its target audience that one would expect. Readers approaching this book as a memoir spattered with helpful tips will be pleased. Readers of color looking for the promised “how-to” aspect should skim chapter two and then flip to the (very helpful) resources toward the back of the book. To benefit from Harts’ best pearls, readers will have to dig through the rest. Regardless of its overall quality, The Memo is a book all women, and men, should read. Not listening to these stories hasn’t gotten us as far as we need to go. It’s time voices like Minda Harts’ were heard.

Leslie D. Davis is a freelance writer who previously worked in publishing as a publicity and marketing professional, including social and digital media and as an administrator.