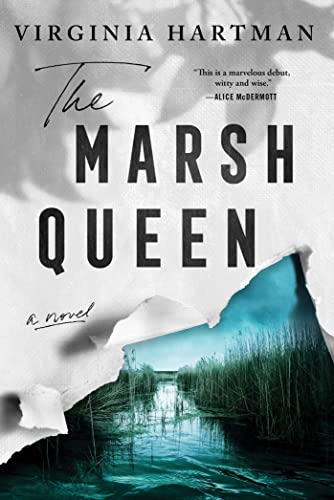 Far from the marshland where her family grew up and that claimed her father’s life, Loni Mae Murrow has found a quiet niche where she creates intricate life-like drawings of birds for the Smithsonian. It’s a rare talent and a job that Murrow, who started drawing at an early age, loves.

But there are undercurrents in her job and life starting with a new administrator talking of budget cuts and disdaining Murrow’s need to return home to deal with her aging mother. Making it all more complicated is that she also is confronted with her brother and his controlling, avaricious wife both of whom seem more intent on cashing in on what little money there is in their mother’s portfolio than in helping her. Murrow has just a short time to take care of family business and to sort out messy family entanglements. If she doesn’t return in time, she’ll no longer have a job.

But the pull of her mother’s needs, a compelling job offer from a good friend, veiled hints at mysteries unsolved along with her realization that her father’s death may be less straightforward than it seemed at the time jarringly jeopardize the peace and tranquility that Murrow has achieved. She finds herself deeper and deeper into the place of her youth and the marshes, both of which she thought—hopefully—she had left behind for good.

Author Virginia Hartman convincing portrays the beauty of the marshes, creating an atmosphere of serene beauty but also one full of surprises and ultimately danger. She also conveys how easily Murrow falls into the patterns of her father who knew the waterways so well he could navigate the countless channels and inlets without a map. Hartman’s love of this landscape, full of unexpected wonders, is inherent in her writing.

“Early morning steam rises from the water,” Hartman writes about one of Murrow’s forays into the marshland. “I paddle to a different part of the swamp today, where the Cypress trees grow, as my dad used to say, ‘keepin’ their feet in the water.’ The canopy is high, like a cathedral, and I glide through the landscape of light and shadow. Ferns cascade from the trunks and pink lichen like measle spots and the Cypress knees stick up from beneath the surface like the hats of submerged gnomes.”

This enchantment of the waterways with all its many unexpected scenes of flora and fauna is something Murrow finds she shares with Adlai, the seemingly gruff proprietor of the canoe shop where she rents her canoe and paddles when she goes in search of such birds to draw as the purple gallinule. Her mother had married down, so to speak, when she chose Murrow’s father. It is a choice that Murrow ultimately must make as well: to leave a dream job of working at one of the most prestigious museums in the country and life in a bustling cosmopolitan city or to return to the backwaters of home.

But first she must follow, however unwillingly, all the clues that keep presenting themselves regarding the past. It’s a matter of connecting the dots to find out what really did happen to her father all those years ago. And if she doesn’t accomplish that soon enough, then there’s more at risk for Murrow than just losing her job. It may mean losing her life.