The Map and the Territory 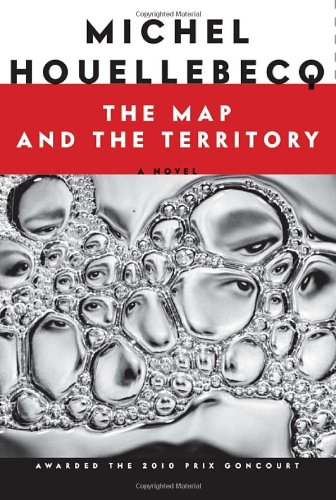 “This is an important literary occasion. . . . The Map and the Territory by Michel Houellebecq is one of the rare books that merits and rewards a second reading.”

Sixty-eight years after the publication of Albert Camus’s The Stranger, we have the publication in France of another novel with the principle character echoing aspects of Meursault. Just a bit over a year later, Knopf is releasing the English translation by Gavin Bowd in America. This is an important literary occasion.

Following the life of Jed Martin, who, after studying at Beaux-Arts de Paris, paints and does serious artistic photography, Mr. Houellebecq’s novel progresses at a stately pace through his subject’s artistic phases, his familial and social relationships, and the business of being a success. It becomes apparent that Jed Martin shares one key characteristic with Meursault: something that might be thought of as a lack of normal socialization.

Martin has major artistic successes and drops out to reappear years later creating art in a different medium. He has a passionate relationship with a ravishingly beautiful woman. When she is reassigned from Paris, he never contacts her. He lives alone and rarely sees anyone beyond the nearby shopkeeper. It’s as if the character has a gene missing. This, of course, makes him much more intriguing.

The relationship he has with his father is occasional at best and also a bit stilted. Mr. Houellebecq flexes his literary skills with “On entering the nursing home, the former head of the family—now, irrefutably, an old man—becomes a bit like a child at boarding school. Sometimes he receives visits: then it’s happiness, he can discover the world, eat at Pepitos and meet Ronald McDonald. But more often, he doesn’t receive any; he wanders around sadly, between the handball goalposts, on the bituminous ground of the deserted boarding school. He waits for liberation, an escape from all of it.”

It is the son who, throughout the life explored in this exceptional novel, seems to seek “an escape from all of it,” including the successes that his art has brought him. There are aspects of the existential thought that characterized Camus’s work, but woven into the narrative in a way that makes it unusually subtle, yet supple.

The author takes impish delight in introducing a new character, a writer improbably named “Michel Houellebecq,” one with an impressive list of published and admired works. Martin has hired him to write an essay for a gallery catalogue of his work. “Was he experiencing a feeling of friendship for Houellebecq? That would be an exaggeration. Jed didn’t think he was capable of such a feeling: he had gone through childhood and the start of adolescence without falling prey to strong friendships, while these periods of life are considered particularly propitious for their birth. It was scarcely probable that friendship would come to him now, late in life.”

The Map and the Territory by Michel Houellebecq is one of the rare books that merits and rewards a second reading.