The Man Who Wrote the Perfect Novel: John Williams, Stoner, and the Writing Life 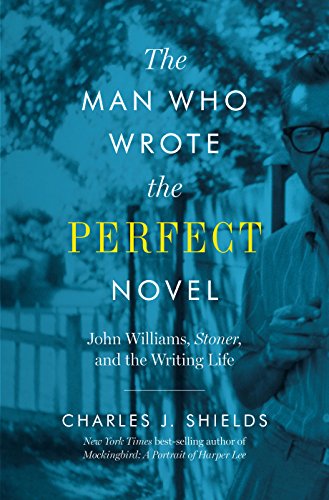 “the writing soars. Stoner redux is a dream come true for those who dream of immortality; the afterlife of the novel beggars its beginning.”

Many writers and an increasingly sizable cadre of readers admire John Williams’s novel, Stoner, without reservation. Stoner itself is not about drugs; rather, it evokes a character both monumental and flinty. A third-person account of a farm boy who becomes, laboriously, a college professor of English, it celebrates in measured prose the integrity of one whose name (as John Keats wrote for his own epitaph) “was writ in water.”

Both the honorable private man and tarnished public figure are vividly conjured throughout, and the low-seeming stakes of the conflict loom large. With its unsparing analysis of academic office politics, of quiet scholarship and failed romance, Stoner seems—as the title of this new biography of Williams asserts—“the perfect novel.”

That the same author should have next produced Augustus—a meticulously researched epistolary study of the Roman Emperor—and, previously, Butcher’s Crossing—a tale of coming-of-age in the untamed American west—argues a major talent, with several strings to the bow. He was a poet also, and a serious student of English Renaissance poetry, Fulke-Greville in particular. As he told an interviewer in 1966. “I try never to repeat myself. . . . Why do it again, if you’ve done it once?”

John Williams spent much of his life in relative obscurity, and his early achievements were few. Like the character of Bill Stoner (in part autobiographical, in part based on the critic and poet, J. V. Cunningham) Williams lived with limitations: penury and failing health and scant recognition.

In 1973, the National Book Award for Augustus brought at least some fame and cash. (Yet that award was, for the first time in the competition’s history, divided—the other winner being John Barth, with his modernist classic, Chimera; the prize money for each author was the less-than-munificent $500.00).

Much of the writer’s previous career, however, had been a disappointment; his sales were small, his reviewers few and chary, his colleagues (at the University of Denver and elsewhere) disapproving. When he died, in Fayetteville, Arkansas, on March 3, 1994, Williams was 72. It has taken nearly a quarter of a century for a full-scale study of his life and work to appear.

Posthumously, however, he has been fortunate in his biographer. Charles J. Shields (the author, previously, of biographies of Kurt Vonnegut Jr. and Harper Lee) serves his subject well. This is neither an easy writer nor—on the basis of these pages—an easily approachable one.

Williams was, by all accounts, a prodigious drinker, a serial philanderer who married four times, a chain-smoking intolerant dandy who took, as his model, Ronald Coleman, a figure who, at 5’6” tried to dominate the room. “At parties, Williams became boorish while drunk and could be tiresome. ‘He wanted to come over and sit next to you and blah, blah, blah, blah, blah at you,’ said one of the English Professors.”

By the end of his life he needed an oxygen tank; always he required nicotine, admiration, and booze. From a boy born and raised in Wichita Falls, Texas, doing hardscrabble jobs, then joining the Army Air Force and flying across the Burma “Hump,” from a near-penniless wanderer in Mexico and Rome and Key West who, as soon as he could afford it, purchased a gleaming Mercedes, there’s self-invention throughout.

Even in terms of nomenclature, he proves hard to pin down or describe. Williams was in fact born as John Edward Jewell, but when his father disappeared he took his stepfather’s name. (Butcher’s Crossing was first called A Naked World and Stoner titled A Matter of Love.)

His voice was sonorous; early on he planned to be a radio announcer; then a magazine editor and publisher; his brother-in-law “Butch” Marsh and his sponsor, Alan Swallow, both were chary of the world of academe where Williams at length made a home.

He taught at several institutions and directed the Doctoral Program in Creative Writing at the University of Denver; there are harrowing scenes of him sitting in the department’s common room on the day of publication (or a good review, or a prize received) waiting for a colleague—any colleague, it would seem—to offer up a word of praise. The praise was faint or withheld.

Shields does not wholly cotton to his subject.  And his indictment can be general:

“No one can say when the culture of hard drinking became associated with writing, but liquor and literature seemed to go together: five American authors who won the Nobel Prize during the postwar era were alcoholics--Sinclair Lewis, Eugene O’Neill, William Faulkner, Ernest Hemingway, and John Steinbeck. A character in O’Neill’s Long Day’s Journey into Night rhapsodizes by quoting Baudelaire: ‘Be always drunken.  That is the only question…’  Williams said as much to a young graduate student, a woman who came to his office to discuss her stories with him. ‘He opened a desk drawer and poured a shot of Wild Turkey into a glass,’ she reported.  ‘If you don’t have a drink, you aren’t a serious writer.’”

The throughline is the writing, and the writing soars. Stoner redux is a dream come true for those who dream of immortality; the afterlife of the novel beggars its beginning. Championed by writers as dissimilar as Julian Barnes and Bret Easton Ellis, by publishers in France and Holland and, finally, in America by Edwin Frank and The New York Review of Books, it now commands attention that was altogether absent at the time of publication. Williams himself knew what he achieved: “The only thing I’m sure of is that it’s a good novel; in time it may even be thought of as a substantially good one.  A great deal more is going on in the novel than appears on the surface, and its technique is a great deal more ‘revolutionary’ than it appears to be.”

Charles Shields has done us all a service by pointing up and pointing out the novelist’s unyielding ambition and rigor. By Stoner’s end both the book’s eponymous hero and his creator find honor on the page.