A Man of Some Repute: A Very English Mystery 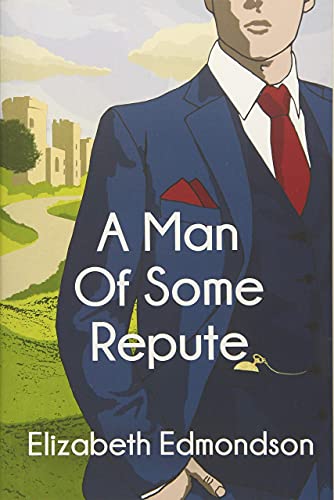 “All the right foundation stones are there on which to build a solid series.”

This launch volume of a new series is a smooth British locked-room mystery about a lord gone missing in a blizzard, who turns up dead under the chapel flagstones in his family manse.

Intelligence officer Hugo Hawksworth finds himself on the spot when the earl’s skeleton is uncovered six years later, after which he is assigned a “watching brief” on the investigation of the cold case. He is already billeted at the victim’s castle for a different assignment, and resents being stuck out in a gossipy country village, dealing with abstracts and paperwork, after a career full of action based in London. But a war injury from a secret mission has forced him into a quieter milieu, in which his analytical and observational skills prove to be just what’s needed for untangling a murder.

The story is presented in an interesting mix of conventional and unusual. The character point of view rotates between Hugo; Freda Wryton, the dead earl’s niece currently in residence in the castle; and various suspects—all flowing seamlessly together. Each scene is identified as such: The author uses “Scene 1” etc. instead of extra line space or headings to signal the change of viewpoint or time/place of action.

Backstory is neatly handled by placing it in a prologue composed entirely of news headlines in 1947, when the earl disappeared, then the story commences in 1953 after his bones are found. That makes the chronology clear and weaves the elements together in tight warp and woof.

Unfortunately, things start to unravel toward the end. While the plot proceeds quietly and steadily through revelation and discovery, and exposure of the murderer is credible and perhaps surprising, the climax involves the dubious behavior of a horse. This animal is a background character until it suddenly displays too convenient, humanlike smarts that give a deus ex machina feel to the resolution. It’s not helped by a closing line equivalent to “stay tuned for the further adventures of . . .”

As well, the locked-room aspect of the mystery is underexplained while others are overexplained; and characters who were originally reticent turn abruptly forthcoming as events come together. So the book weakens after a strong start and middle.

Still, the mystery is compelling and the characters likable and well drawn, as is the setting. The writing is strong and evocative. It will be hard to resist future volumes in the series, but fussy readers may not go the distance if subsequent books follow the same pattern.

For now, it’s worth investigating the first volume. All the right foundation stones are there on which to build a solid series.