The Man in the Snow 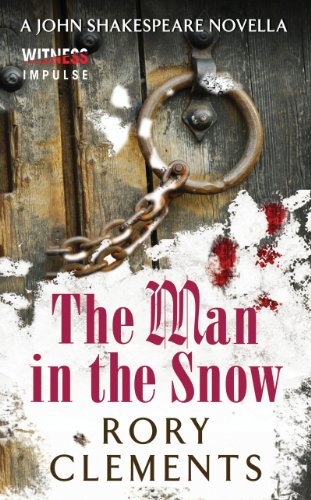 The perfect Christmas present is a novella. You can read it while you’re waiting for someone else to finish their holiday shopping or at night when your mind refuses to quiet after a long day of ho-ho-ho-ing.

It’s a great way to see if you like an author—his style, his characters, his plots—without investing in a 500-page book.

Rory Clements has written this Christmas mystery in which the detective is John Shakespeare—yes, Will’s brother. Readers know the Elizabethan era was rife with spies and treachery, and Will’s great rival Christopher Marlowe was rumored to have been working for the queen.

John is an Intelligencer, charged with ferreting out plots and finding traitors all in the name of keeping Good Queen Bess firmly on the throne. In this outing he’s faced with an unclothed frozen body the local police don’t want to investigate. The man is a Moor and unworthy of their attention.

John’s investigations lead him to the home of the Earl of Oxford, the well-educated man whom some scholars now believe could have written the plays attributed to William Shakespeare. The earl travels, indeed he has picked up the dead man while visiting Venice, but is a debauched, sorry shell of a human. He’s been in and out of favor with the queen more times than anyone can keep track of, so John must tread carefully.

But he wants justice for the dead man, and he will have it.

Details are plentiful, lots of snow leads to lots of mulled wine, and despite its sparing length a goodly number of red herrings.

Snuggle up with John Shakespeare, and when you finish, you’ll be happy to rejoin the 21st century for more caroling, eggnog, and family time.