The Man in the Red Coat 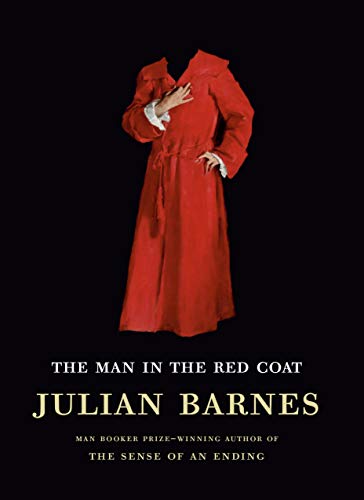 “Barnes is a delightful raconteur, and there’s a good deal of first-person rumination here throughout. His love of detail is infectious, his eye exact, and his narrative energy compelling.”

Julian Barnes has had a career-long interest in France, and his new meditation on La Belle Époque continues in that vein. This very English author examines yet again the behavior of another country; his knowledge is encyclopedic, and his attitude bemused.

Barnes’s first major success was with the fact-studded novel, Flaubert’s Parrot, in 1984, and in more than 20 additional books (Cross Channel, for instance, or his translation of In the Land of Pain by Alphonse Daudet) he demonstrates both Francophilia and, with a raised eyebrow, respect. This last has proved reciprocal. Among his awards are the French Prix Medicis and Prix Femina; further, he received the French Legion d’Honneur in 2017. Now The Man in the Red Coat enlarges its author’s “cross-channel” reach, with its focus on another of his long-standing fascinations, as in Keeping an Eye Open: visual art.

"The Man” in question is shown in a large portrait by John Singer Sargent, painted in 1881. Its subject is “Dr. Pozzi at home,” and the figure who needed no introduction then takes some explaining now. Born a few miles outside of Bergerac, and of Italian lineage, Samuel Pozzi (1846–1918) was a society doctor and a man of science. A free-thinker with a ravenous appetite for knowledge and the company of women (though not necessarily that of his rich wife), his escapades were legion. Pozzi’s charm was infectious, and his medical expertise real. When he died of a gunshot wound inflicted by a crazed patient, his fame was international, and his art collection and cadre of mourners large; a funeral cortège marched past the Arc de Triomphe.

The book begins with a description of a shopping trip to London in June of 1885. The trio of visitors included a Count (Robert de Montesquiou-Fezensac), a Prince (Edmond de Polignac) and a commoner, Dr. Pozzi—very much his two companions’ equal in terms of cultivated taste.  The photographs here of the young and then the middle aged and aging doctor—“disgustingly handsome,” according to Alice, Princesse de Monaco—flesh out the Sargent portrait. There the long delicate fingers and suggestively placed tassel of the red coat in the painting—a “scarlet bull’s pizzle,” according to Barnes—give some sense of the erotic life of “a doctor, a surgeon, a gynaecologist.” This collective biography—its antecedent is, perhaps, Roger Shattuck’s The Banquet Years (1955)—chronicles the doctor’s rise from an ambitious provincial to the confidante of “le tout Paris.” Pozzi cut a fascinating figure—humane yet aloof, a collector of lovers and artifacts, a traveler yet stay-at-home, a fierce defender of Alfred Dreyfus who counted those aristocrats who vilified the soldier nonetheless as friends.

The Man in the Red Coat includes a Who’s Who of notable figures of the period. Barnes writes of the poet Charles Baudelaire, the actress Sarah Bernhardt, and, at length, of Oscar Wilde. He discusses such authors as Joris Karl Huysmans, the Goncourt brothers, Marcel Proust, and lesser luminaries such as Barbey d’Aurevilly or Gérard de Nerval, who were rumored to walk down the Boulevard St. German with a lobster on a leash.

The book is lavishly illustrated, almost as though its author pages through an album of celebrities; there are photos of Edmond Rostand, Boni de Castellane, Catherine Pozzi—the Doctor’s troubled daughter—Madame Curie and Saldi Carnot, to name a very few.

The paintings by John Singer Sargent—of Carolus-Duran, Léon Delafosse and Madame X—loom large, as does the great portrait of Louis-Francois Bertin by Jean-Auguste-Dominique Ingres. The Count of Montesquiou is represented both by Giovanni Boldini and, as an “Arrangement in Black and Gold,” by James McNeil Whistler.

The writer’s refrain includes the iterated phrase, “We cannot know,” but mostly this reader is impressed by how much the biographer knows. His discussion of the habits of dueling, of swords and guns and bullets, of Flaubert’s “favorite living painter,” Gustave Moreau, the Dreyfus case, the sexual proclivities and practices of a large cast of characters, the quarrelsome Jean Lorrain, the recognition that hygiene and good reading lamps matter in a hospital—all these fill in a canvas that is purposively large.

We learn more than we need to, perhaps, about the titles and the history of minor players. To wit: “In November, 1904, Elaine Greffulhe, the daughter of Montesquiou’s ‘cousin’ Elizabeth, married the Duc de Guiche, a long-term friend of Proust’s.” Or: “Thérèse sought help from one of their anti-Dreyfusard friends, the wonderfully named Sibylle AiméeMarie-Antoinette Gabrielle de Riquetti de Mirabeu, Comtesse de Martel de Janville, who wrote humorous novels under the decidedly snappier pseudonym of ‘Gyp.’”

And so on and so forth.  But interspersed throughout this compendium are—to continue in the Gallic mode—bons mots and apercus. Here are a few: “Books change over time; at least, the way we read them does.” “Montesquiou was the exemplar of the aristocrat-poet-dandy, thereby giving himself three separate reasons to feel superior to others.” “Yet the price of fame is rarely a simple transaction.” “There is gossip, and then there is sexual gossip. The thing about sexual gossip is that more or less everyone believes it (even when they pretend not to) because it always seems plausible.” “Catherine’s spirituality was not the sort that came with tolerance and forgiveness attached.”

Such sentences enliven every page. Barnes is a delightful raconteur, and there’s a good deal of first-person rumination here throughout. His love of detail is infectious, his eye exact, and his narrative energy compelling. We could not wish for better company, except perhaps for that of Dr. Pozzi himself, The Man in the Red Coat.