A Man of Parts 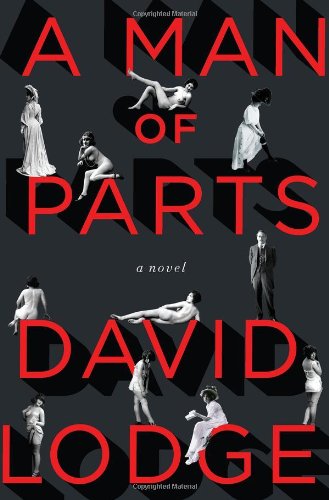 The prolific author H. G. Wells is known the world over for his prophetic War of the Worlds and the novella The Time Machine, the latter the story that spawned numerous science fiction works and the universally accepted definition of such a vehicle.

But his forward thinking was not restricted to science. At a time when Victorian England covered the legs of pianos in the name of decency, with prostitutes or secret mistresses the quietly accepted norm, H. G., as he was universally known, publicly extolled the virtues of free love, and the need for women to be sexually liberated. From the catalogue of his relationships in Mr. Lodge’s thoroughly researched book, one might assume H. G. was setting about this task singlehandedly.

Born into relative poverty above a shop in 1866, the nurturing of H. G.’s genius began when his mother went into service at a grand country house, where he discovered “cliffs of books so high you had to scale them with a moveable ladder.” He escaped from the draper’s apprenticeship he had been pushed into and after a spell of teaching, studied under biologist Thomas Huxley, an advocate of Darwin’s theory of evolution.

He built up a regular source of income from journalism, but when his first novel, The Time Machine, was published in 1895, he considered he had “made his mark on the world as a writer” and financially secured his future. His private life, however, was less safe. Dissatisfied with the marital bed sex reluctantly offered by his second wife, Jane, he secured her agreement to his taking lovers, extolling the virtues of free love and a woman’s right to a pleasurable sex life.

A string of affairs included a scandalous one with a gifted student, Amber Reeves, and another with gifted writer, Rebecca West. How he juggled family life with a prolific publishing career and a passion for Fabian politics that burnt as fiercely as his libido is astonishing. Mr. Lodge perhaps reveals a twinkling of admiration for these sexual escapades said to run to more than 100 lovers—hardly up to Mick Jagger’s standards, but he was undoubtedly diligent.

Yet H. G.’s selfish version of free love was further corrupted by the jealousy that afflicted him despite his own transgressions. His concept of freedom and equality also suffered some chaotic manifestations that bordered at best on racism, at worst Nazism.

In this book, H. G. is nearing death and recalls his life to assess its value. The narrator of the book, who sometimes becomes an interrogator inside H. G’s head, is a stroke of brilliance as “the mind is a time machine that travels backwards in memory, and forwards in prophecy.”

Mr. Lodge writes beautifully, his work is accessible yet evokes the style of Wells’s contemporaries such as Henry James. He sometimes uses overly long sentences of 100 words or more, but the syntax remains impeccable and contributes to the atmosphere of the storytelling.

The book is long but never falters as it takes the reader on a journey spanning the times of Gorky, Orwell, Joyce, Woolf, Shaw, and Lawrence. Oh, for a time machine! The next best thing, though, is Mr. Lodge’s irresistible book.