Mama's Boy: A Story from Our Americas 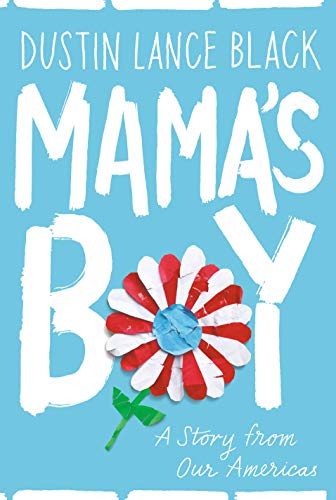 “Black’s tender and heartfelt love letter to his remarkable mother is an act of courage and reclamation. It’s a well-deserved tribute. Clearly, she was something.”

As the title implies, the main subjects of Dustin Lance Black’s memoir Mama’s Boy are Black and his mother, Anne. Both have remarkable stories, but Anne’s is, by far, the more uncommon if only because, outside of their immediate families, ordinary people rarely get their stories told. Anne was ordinary only in the sense that, unlike her famous screenwriter son, her life made no public waves. But you don’t to be famous to be exceptional, and she was exceptional. Exceptionally challenged and exceptionally brave.

A Louisiana sharecropper’s daughter, Rose Anna, as she was christened, was born in 1948. When she was three, she was stricken by polio, which would leave her dependent on leg braces and crutches for the rest of her life.

She spent the first years of her childhood apart from her family in a hospital ward at the Warm Springs, Georgia, rehabilitation center for polio patients founded by Franklin Roosevelt. There, according to Black, she charmed her nurses and fellow patients with her intelligence, cheerfulness, and beauty. It was here, her indominable spirit began to emerge: “Besides, here in Warm Springs, she thought perhaps she could make something special of herself. . . . Here, afflictions, stitches, and braces didn’t earn the label of ‘freak’ or garner stares or disgust; they were symbols of one’s will to survive.”

Anne’s family was desperately poor. Her mother, Cokie, scrounged and saved but could only visit her daughter infrequently. Black is very good at depicting the kind of destitution in which the smallest luxuries take on outsized meaning. He writes touchingly of the family’s annual Christmas tradition, Cokie’s “real fruit salad. To her children, the big, burgundy bowl her annual fruit salad was served in—the bowl that came out of its secret hiding place only once a year—was their family’s great treasure.” When, one Christmas, the bowl slipped from Cokie’s hands and shattered, it was more than a broken dish, it was the destruction of “the symbol of the family’s hope—hope that despite circumstances something better surely lay ahead.”

Hope was always in short supply. The struggle for survival forced the women of Black’s family into marriages not so much of convenience as necessity. Anne was no exception. Her first husband, Black’s father, married her apparently to avoid being sent to Vietnam. As soon as that danger passed, he abandoned her and their three sons.

Her second husband was violently abusive to both her and her children. To compound the family’s suffering, the Mormonism they practiced laid the blame for the abuse on Anne’s shoulders as an inadequate wife. Only in her happy third marriage did she find a partner worthy of her courage and intelligence.

Anne’s intelligence is what allowed the family to survive the lean times. Armed only with a high school diploma, she managed to work her way up the ranks in the federal civil service. Starting as a part-time clerk typist at an army hospital, she ended her career as a microbiology lab technician at Walter Reed Hospital in Washington, D.C. Her own experience with polio and her long hospitalization gave her an understanding of the trauma of being a patient that made her beloved by her soldier patients and respected by the doctors she worked with.

Sensitive and shy, Black was the child who seemed too feel most keenly on his mother’s behalf. After his father deserted the family when Black was six, he became in his own mind “the undisputed man of our house.” A year later, at seven, he had his first crush on another boy and “understood that I was a member of a damned tribe called Homosexuality.” Like many other gay men, he fell prey to the Best Little Boy in the World syndrome whereby a child attempts to compensate for his shameful secret by becoming an academic overachiever.

While his academic success failed to cure him of homosexuality, it did eventually get him into UCLA’s film school. He notes, wryly, that after ten years of struggle in Hollywood he became an “overnight” success as a TV and movie writer. His great triumph, of course, was the screenplay for Milk, the biopic of Harvey Milk, for which he won an Academy Award. By then, he had come out to Anne, but it was painful for them both. Earlier, she had railed against Bill Clinton’s “Don’t Ask, Don’t Tell” policy telling her son, “Who does Clinton think he is to destroy the good name of our military by filling it with those sickos?” Her initial response to Black’s coming out was to blame herself and wonder, “How can I ever fix this terrible problem?”

With the passage of time and her exposure to Black’s gay friends, Anne came around, not merely accepting, but embracing her son’s community. Deeply compassionate, she came to empathize with his friends’ stories of their difficult journeys to self-acceptance.

When she accompanied Black to the Oscar ceremony where he won his award for best original screenplay, she had a white ribbon pinned to her dress, “the new symbol for the fight for marriage equality.” In his acceptance speech he spoke of his “beautiful mother” who “has always loved me for who I am even when there was pressure not to.”

It was a joyous but also a sad evening because Anne was already suffering from the cancer that would take her life at the relatively young age of 60. Before her death, she and her husband had planned to retire to California to be near Black. She made the journey in death, and he buried her in Los Angeles beneath a stone that reads: “Her spirit made us grow.”

As recently as 2011, the late and unlamented Chuck Colson, Watergate-felon turned thug-evangelical wrote that homosexuality is the result of a weak or absent father and “an unhealthy mother-son bond.” So even now, Black’s tender and heartfelt love letter to his remarkable mother is an act of courage and reclamation. It’s a well-deserved tribute. Clearly, she was something.