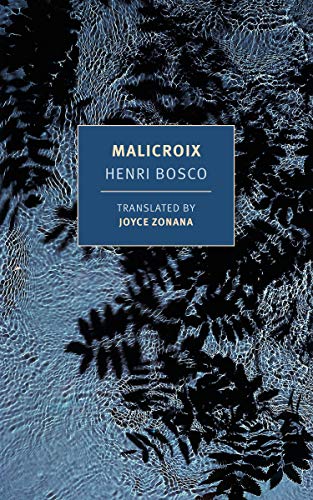 If there was ever a fitting book to read during compulsory social isolation, it is Malicroix, the French Gothic classic novel by Henry Bosco, first published in 1946, and now available in English for the first time.

Bosco’s protagonist is Martial Mégremut, a young bourgeois orphan, sheltered by a large family of doting uncles, aunts and cousins, who grows up hearing terrible stories about one long-absent, mysterious uncle.

“I was not expecting anything from my great-uncle Malicroix. No one, in fact, had ever expected anything from him. We had not seen him in half a century. Holed up in the Camargue on his barren land, he was, for us, the embodiment of wildness. Neither good nor bad, but solitary—in other words, unnerving, perhaps terrible. And yet, cut off from him by this half-century of unbroken absence, we had never suffered any harm from those dreadful qualities with which our imaginations clothed him. He ignored us with a kind of scorn. Very grandly, he was called Cornélius de Malicroix, and he was poor. Or so everyone said. His way of life, lost among the lagoons with only a few herders as rough and wild as he, let us think it, and we did. If he were wealthy, would he have chosen such a rude, mean existence in that land of sorrow? No one thought it possible. We are people of fertile lands, people who assign spiritual value to a measure of material ease. If our great-uncle Malicroix had withdrawn into the desert, his withdrawal, as far as we could tell, had been inspired by pride. He was hiding his poverty. To put it plainly: we did not love him.”

And yet, the young Mégremut can’t help but develop an adolescent admiration, a “violent sympathy” for the uncle he’s never seen but often imagined, for the image of this man with whom he shares blood living in solitude, bending only to the rules of nature.

“He never mingled with them, and his reluctance to show himself created a spiritual solitude within me, strong as a bare flat land, worked by winds and waters. And that is where I would meet him.

“At twilight on a barren heath, I would see him approaching with long strides. Once near me, he would signal; I would follow. Wordlessly, we would walk until night, always with long strides, through that land where in the end he disappeared. Then I would be afraid. But only for a moment; for, in turn, I too would enter into solitude.”

Those dreams of Malicroix serve, then, as a stand-in for young Mégremut’s dark side, one that can’t wait to begin the adventure of life as an adult when upon turning 25 he learns of his uncle’s death, and that he is his only heir, traveling alone to the distant house and lands he has inherited in a violent marsh.

The adventure turns out to be one of isolation in a large house, with only one servant, one dog and some sheep for the rare moment of company, the real battle one between silence and its effects on the mind, and the ravages and dangers of nature gone wild against a body in perpetual tension of the unknown.

It is just this tension, so wonderfully captured by Bosco, that makes Malicroix so very relevant today:

“Across the way, an overgrown bank. Through thickets of juniper, greenbrier and samphire, I could see little wooded islets barely emerging from the vast stretch of moving waters. The entire flatland was covered by the rising flood, and the liquid sheet flowed silently beneath the trees, as far as the eye could see.”

“Where was I, if I even existed. What realm had I crossed without seeing or hearing, before reaching a state even beyond the annihilation of myself, where still, I recall (though with an ineffable recollection) that I was sinking? Passage of I know not whom, I know not where, toward I know not what indefinable regions. I was nothing but a faint movement, a movement with no speed, that, while leaving me where I was, lifted all of nonbeing in an obscure displacement of the voids that open beyond the vastest void of space.”

And if you’re thinking that’s a lot of words to describe a “vastest void,” then you’ve hit upon one of the book’s lesser merits. It does meander, but makes up makes up for it with, for one, precise and memorable characterizations, of which the Rats and Maître Domiols are a good example:

“Having thus resumed his full stature, he turned slowly and called in an imperious voice: ‘Uncle Rat!’

“Maître Domiols told me, ‘Rat is his name. That’s what we call him: Rat. Anastasio Rat, to be precise. The Rats have been our clerks for three centuries. From father to son.”

It also makes up for the stiffness of old language patterns with great gothic ambiance and suspense, both in the house in which Malicroix’s ghost may or may not dwell, and out, in the wilderness that is the end the main protagonist and the protector of all that lunacy-inducing wilderness, as we read to answer the question: Will Martial be able to remain in the marsh for the three months required to inherit? And if he does, will he have his sanity when all his self-isolation is well and done?

“Outside, each gust of wind, arriving at long intervals from the sea, shook sudden sprays of rain from the treetops, and all around the warm, well-lit house, the large latticework of elms rustled beneath the thrusts of this soft, sad wind.”