Anjanette Delgado is a Puerto Rican writer and journalist. She is the author of The Heartbreak Pill (Simon and Schuster, 2008), 2009 winner of the Latino International Book Award, and of The Clairvoyant of Calle Ocho (Kensington Publishing & Penguin Random House, 2014), an Indiefab finalist for Best Multicultural Book.

Her fiction and nonfiction work has appeared in numerous anthologies, as well as in The New York Times, The Kenyon Review, Pleiades, Vogue, NPR, NBC, The Rumpus. and HBO, among others. Her poetry has been published in Sliver of Stone, Pure Francis, and in The Hong Kong Review, where she also guest-edited recently. A Bread Loaf Conference alumni, she won an Emmy Award for her writing in 1994, served as a judge for the Flannery O'Connor Short Fiction Award in 2015, and was a Peter Taylor Fellow in Fiction in 2016.

She holds an MFA in Creative Writing from Florida International University and lives in Miami, Florida.

The Clairvoyant of Calle Ocho

Eat the Mouth That Feeds You

Maybe you thought it was impossible. That it didn’t exist. You would never find a contemporary short story collection that was more than well written.

The Twilight Zone: A Novel

The Twilight Zone is a novel about the long and brutal dictatorship led by Augusto Pinochet in Chile from 1973 to 1990, yes.

Documentary photographer Donna Ferrato has been photographing women for at least 50 years, but Holy, her latest book, might just be her most personal one since the award-winning Living

The Food of Oaxaca: Recipes and Stories from Mexico's Culinary Capital

The Food of Oaxaca: Recipes and Stories from Mexico’s Culinary Capital is right about Oaxaca, if arguably so.

What is an I-Novel? The I-Novel is a literary genre in Japanese literature.

Dorthe Nors’ Wild Swims is a collection of 14 short stories written tightly and tensely, with most under a thousand words.

The modern, post COVID feel of the word longing is different, isn’t it? A longing is now more than a want. Maybe even more than a need. Poet Natalie Shapero gets that.

“The Danger of Smoking in Bed underlines the darkness of evil.

“seeing, feeling, remembering, transforming, articulating what was, what is, what could have been. If only.”

“Balancing and mixing, with rhyme and reason, love and anger, good and bad, memory and the created present, all to tell the story of a life, a memoir unrestrained, devoid o

Foreshadow: Stories to Celebrate the Magic of Reading and Writing YA

Foreshadow: Stories to Celebrate the Magic of Reading and Writing YA is a fantastic book. Full stop. 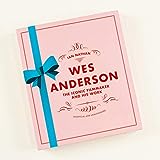 Wes Anderson: The Iconic Filmmaker and his Work

“Wes Anderson: The Iconic Filmmaker and His Work is a satisfying book that will deepen enjoyment of watching (or rewatching) an Anderson film for any fan.”

“Knee Deep lets itself be a story of solidarity, a tale about the glue that binds communities together, as told by the voice of a young one who, like us, the readers, is just wakin

Raggin' On: The Art of Aminah Brenda Lynn Robinson's House and Journals

Raggin’ On: The Art of Aminah Brenda Lynn Robinson’s House and Journals may look like a book, but it is really an entire life devoted to art with which an effort to compact, to condense an

Can a novel be about a moment? About a group of people, unique and familiar at the same time, living through that moment that doesn’t yet have a name or any one specific date?

The Boy in the Field: A Novel

“The Boy in the Field is a literary mystery novel. . . . Just not the kind that focuses on what happens on a patch of land, a highway, or even a country.

A Sinking Ship is Still a Ship: poems

The poems in A Sinking Ship Is Still a Ship are poetry as ode to the future of hidden, buried things, be they land, soon to be overcome by rising tides and disappeared, or memories of the

The crimes we commit in search of security and protection, for ourselves or our loved ones, are at the center of Andrea Camilleri’s latest Inspector Montalbano adventure, The Safety Net.

If there was ever a fitting book to read during compulsory social isolation, it is Malicroix, the French Gothic classic novel by Henry Bosco, first published in 1946, and now available in

Recollections of My Nonexistence: A Memoir

Brown Bohemians: Honoring the Light and Magic of Our Creative Community

Not every novel has to feel like a novel. Global literature is, arguably, all the better for works that broke every rule and succeeded.

The Bad Side of Books: Selected Essays of D. H. Lawrence

This is a book review of The Bad Side of Books: Selected Essays of D. H. Lawrence, edited and with an introduction by Geoff Dyer.

Space Invaders is a novella, barely 66 pages, each one only seven-by-five inches, that effectively holds between its covers a story extending far beyond the physical space it might occupy

There is something so honest about Gather: A Dirty Apron Cookbook by David Robertson. It starts with the aesthetics. It’s a book that feels heavy, solid.

The Best American Short Stories anthology has been published yearly and without interruption since 1915.

Louise Bourgeois: An Intimate Portrait is an art book in the way an antique rococo picture frame might be art.

Frankisstein by Jeanette Winterson is a novel that is also a metaphor.

“You will end up in love with Olive because she is a ton of well-written fun. You’ll enjoy her musings and put-downs and her reflections.

Love and I: Poems

There is a gift that surprises in the poems of Fanny Howe’s latest book of poetry, Love and I, and that gift is trust.

“these are heady themes, but Moffett handles them with a sure hand, managing the magic, directing its music.”

Year of the Monkey

“Smith is unarguably a talented writer with a great command of rhythm and rhyme, of imagery and simile and all things lyrical.”

I Will Destroy You: Poems

You pick it up. The cover reads I Will Destroy You: Poems, Nick Flynn. There is a forest nymph dancing with a bear. Cool, you think.

Here now come The Guardians: keepers of our urban landscape’s heart and soul by way of the unique small retail business, the bespoke shop at the literal center of the world’s towns and cit

“Long before immigration was a topic we debated daily, sometimes hourly, Edwidge Danticat wrote for, and about, immigrants.”

Raven is delightful, both the book of poems by John Smelcer and the character capable of playing any role in this poetic movie of all our lives that Smelcer has written.

“Lee Krasner: Living Colour is a book that offers everything needed to know and understand the work and important contributions of Krasner to abstract painting, but also most of wh 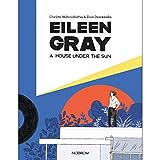 Eileen Gray: A House Under The Sun

The narrative world is rife with accounts of the relationship between gender, and the recognition and attribution (or not) of genius.

“Paint[s] an engaging picture of an artistic master who, for a figurative painter, was as generous with precise detail, symbolism and personal motives, as he was with color, while never dis

Show Up for Salad: 100 More Recipes for Salads, Dressings, and All the Fixins You Don't Have to Be Vegan to Love

In Show Up for Salad: 100 More Recipes for Salads, Dressings, and All the Fixins You Don’t Have to Be Vegan to Love, Terry Hope Romero does a lot more than provide a few recipes for those

“a gorgeously written novel about race, about class, about street life and gender and the ragged ways we have chosen to define them.”

Anthony Bourdain Remembered is a crowdsourced eulogy of a book that will be published on May 27, just a few days before the anniversary of his death on June 8, 2018.

Don't Read Poetry: A Book About How to Read Poems

“[S]ome empowering concepts and more than a few compelling arguments should you decide to approach Don’t Read Poetry . . .

There are books about art that are just about art, and there are books that, rather than ignore the mixed media elephant in the room, frame the art they feature in whatever social, geographic, poli

“[Y]ou might think of this book as you would your very own vegetable-cooking school + toolbox + charismatic coach in one.”

“through the lens of the women they depicted in their work, women as warriors, as workers, as prostitutes, as mothers, as lovers, ever present even in absence, every work shining a light on

Theodore Boone: The Accomplice by John Grisham has a lot going for it.

Out East: Memoir of a Montauk Summer

“Read Out East to remember what it was like: the sad, tragic, emotionally turbulent truth of first love. And then stay for the prose.

Appropriately, given the current challenges faced by women of color, the last few years have seen a resurgence and a reclaiming of the contributions of non-white, non-binary feminist poets.

The Digital Plenitude: The Decline of Elite Culture and the Rise of New Media (The MIT Press)

The Digital Plenitude: The Decline of Elite Culture and the Rise of New Media by Jay David Bolter is a book about exactly that: the decline of one thing and the rise of another.

Every year, more than six million people visit the Louvre Museum in Paris to view Leonardo da Vinci’s Mona Lisa for an estimated average of 15 seconds.

New Daughters of Africa: An International Anthology of Writing by Women of African Descent

Here is the book so many have been waiting for. The book to make sense of so many others.

“Beverly Cleary once said great fiction should be, above all things, a pleasure to read, and Westside is certainly that, and then some.”

Walking: One Step At a Time

“Walking: One Step at a Time may feel like the road until now seldom taken: a book that is part rumination, part walking coach and companion . . .

Flowers of Mold & Other Stories

The stories in Ha Seong-Nan’s Flowers of Mold are an acquired taste. Fortunately, taste for them can be developed awfully fast.

“As literary genres go, poetry is among the most democratic and fluid, with sub-genres to accommodate the intentional breaking of rules, the joyous flouting of form, and the expression of a

In the Time of the Butterflies

Renee Gladman’s Morelia is a novella about the sentence. Well, no. Not really.

Once in a while, you read a book that, though clearly labeled “fiction,” tells a story that really happened.

“what is most important about this, the last of Brabcová’s gifts, what makes it deserving of a place in the most minimalist of bookshelves, is its honest, overwhelming beauty, its celebrati

“this is a book by a talented teller who tells his tales with love for his reader, cleverly but responsibly (never cheating literature), the beauty and imagery of the verse providing a thor

“Its exercise in deeper sight works like a certain clairvoyance, as you realize the dancing you heard before, was the sound of feet trying to run from oblivion, to save themselves by provin