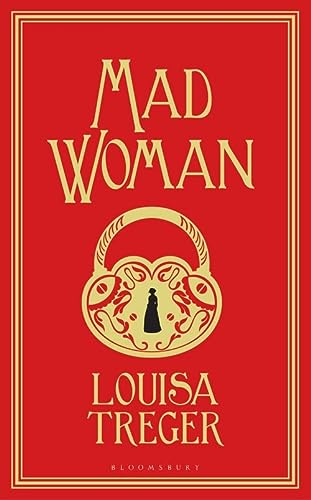 Louisa Treger opens her historical novel about the life of intrepid reporter Nellie Bly in 1887 as she arrives on Blackwell Island, home of the notorious women’s insane asylum. It’s a powerful opening, thrusting the reader into the main action the book is built around, but this is a more expansive story. The next chapter starts with Bly’s childhood, before she’s assumed her reporter’s name, when she’s simply called “Pink” by her family.

Treger quickly moves through Pink’s childhood, focusing on her interest in stories and storytelling as well as her budding rebellion against the strictures of women’s roles. When she reads a “diatribe against working women” in the local newspaper, she writes a rebuttal, signing the letter “Lonely Orphan Girl,” so as not to involve her family. The letter sparks a lot of interest and the beginning of a career in journalism.

After several opinion pieces that generate much reader reaction, Pink is called into the office of the Philadelphia Dispatch and offered a job. Treger quotes generously from Bly’s own writing but shows us the reporter’s background and character in her own vivid language. She also provides insight into Bly’s motives. Pitching the subject for her first big story, Bly meets with her editor, Madden:

“‘I want to write about the woman in the street and how hard her life is,’ she told him. ‘I’d like to go into the factories and investigate conditions. I believe they’re among the worst in the country. So are the slums, and most people have no idea how awful they are.’ Madden was watching her closely. ‘What’s your angle?’ he asked. . . . She leaned forward in her chair. ‘If people knew, I think they would be outraged. I want to shock them into pushing for change, shock the government into actually doing something.’ As she said this, she understood why she was drawn to journalism. It was storytelling with a difference. It involved delving into complexity, bringing gray areas of morality to light, and it was backing up by collating evidence and finding justice.”

This zeal for justice impels Bly to move on to New York, to bigger stories. The World was:

“where she really wanted to work. In the four years since Joseph Pulitzer had bought the ailing newspaper from robber-baron financier Jay Gould, he had transformed it into the most successful, most imitated paper in the country.”

But getting a job as a woman isn’t easy. Bly has to offer a story the World has long tried to crack, the inside scoop on the Women’s Insane Asylum on Blackwell Island. It’s a dangerous assignment, but exactly the kind of social justice story that attracts Bly. She mimics madness and is quickly sent off to the infamous island.

Most of the novel focuses on the ten terrible days Bly spends there. It’s a tough read, unrelentingly grim and horrifying. One kind doctor and a few of the fellow inmates offer rare moments of kindness and humanity, but most of the pages are terrifyingly bleak. The women guards are brutal sadists, the director uncaring, the conditions appalling. Anyone with a shred of sanity would go insane from dealing with the freezing, starving, inhumane treatment. Treger does a good job of showing how hard it is for Bly herself to hang onto her sense of mission, to not be lost to despair and fear. And she makes clear the patriarchal attitudes that underlie the way women are “diagnosed.” Basically, any woman who doesn’t conform to the roles society expects of her is labeled “crazy.”

The book is a tough read exactly because the asylum is so horrifyingly portrayed. After Bly is released and the reader can breathe again, Bly’s story rivets the nation and acts as a catalyst for real change. Treger follows up with the fates of some of Bly’s fellow inmates as well as a short recap of Bly’s later reporting career, which included being America’s first woman war correspondent in 1914. Bly is a worthy subject for the many books coming out this year for the 100th anniversary of her death. Madwoman is one of the best, a magnificent portrayal Nelly Bly in all her journalistic integrity and daring.