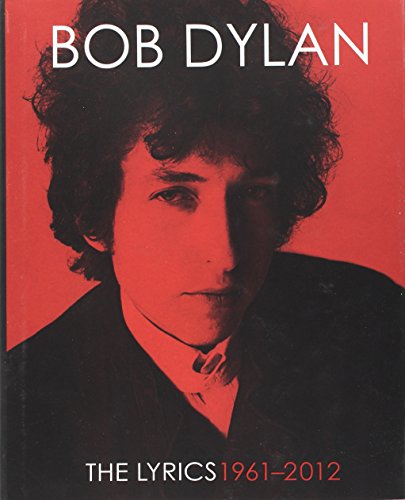 If anyone would question why musician Bob Dylan was awarded the Nobel Prize for Literature in 2016, the answer is easily found by cracking the covers of The Lyrics: 1961–2012. Turn to page 383 and read the opening stanza of “Changing of the Guards”:

See the poetics of Dylan’s work take center stage: the rhythm in the repetition of “sixteen” in the first two lines, the end rhyme of “field,” “grieves” and “leaves” in the second, third and fifth lines, the alliteration afforded by “desperate” and the repetition of “desperate” and “divided,” and the division of thought created by the introduction of an altered rhythm in the fourth line, “Desperate men, desperate women divided.”

That Dylan’s lyrical work is structured as any form of well-written poetry might be may diverge from the broad expectation for musical lyrics, but that is the brilliance and the enigma presented by his work. It doesn’t just tap into poetics while presenting its melody, it is firmly woven within the matrix of poetry and yet still manages to raise up a tune—not just carry, but raise up—giving Bob Dylan’s work a unique position in both poetry and musical lyrics.

But there is another aspect to Dylan’s work that is particularly important, especially today, and that is the political commentary it offers. Look at these stanzas from “Shot of Love” as one example:

Doctor, can you hear me? I need some Medicaid
I seen the kingdoms of the world and it’s makin’ me feel afraid
What I got ain’t painful, it’s just bound to kill me dead
Like the men that followed Jesus when they put a price upon his head

Why would I want to take your life?
You’ve only murdered my father, raped his wife
Tattooed my babies with a poison pen
Mocked my God, humiliated my friends

It is true that current events make this lyric seem even more pertinent, but just a casual look at the events of the past century loudly articulates the need for such astute political commentary as is present in Bob Dylan’s lyrics. And the ability to mine the tremendous wealth of Dylan’s work within the pages of this book, is the treasure that is offered to its readers.

This massive, hardbound volume is organized chronologically through Dylan’s 31 albums, beginning with 1961’s Bob Dylan and ending with 2012’s Tempest. Every song’s lyrics from that extensive run is included. It is noteworthy that Dylan sees his lyrical work as constantly in flux—in this edition he has taken his poet’s pen to further refine his writing, thus, a reader will find some variation in the lyrics from previous presentations. In a way, Dylan’s fluid lyricism may remind a reader of finding the miniature baby in a Mardi Gras King Cake—left with a mixture of discovery and delight. It presents a rare chance to step inside the editing mind of the poet-songwriter.

It is difficult to imagine finding a more complete collection of the lyrics of Bob Dylan’s songs than this volume presents, but the collection’s size is only one of the many reasons to take a long look at The Lyrics: 1961–2012. Any poet or student of poetry will find much inspiration within its covers, as well as a wakening of realization of the importance that can be attributed to both the work of a poet and the work of a songwriter—in Bob Dylan’s case, two creative geniuses found within one artist.

The broad appeal and spread of topics present within Dylan’s lyrical work and his music will always maintain a presence in our culture, but it is the kind of afterburn there—like a jet’s plume shooting off into unobtainable space—that really distinguishes his work from more pedestrian song lyrics. The lyrics, themselves, are the greatest champions of their own effect, as this excerpt from “Honey, Just Allow Me One More Chance” shows:

At over four pounds and almost 700 pages, The Lyrics: 1961–2012 is not a book that will fit in your back pocket. And that is a shame, because it is a book you will want to keep close, a book that invites readers to study its lyrics, revisiting again and again to access all that Dylan’s work offers.