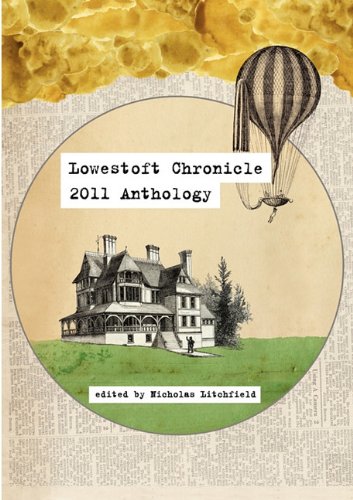 Lowestoft is a city on the east coast of England most noted for its production of fine porcelain in the 18th and 19th centuries. This appears to have no bearing on the title of the quarterly online literary journal from which the selections published here are anthologized. Few of the inclusions have any real merit, several being on the level of high-school sophomore weekly exercises. A number of the short stories barely qualify as such as they are no more than two pages long.

In one, “America Versus Mount Fuji” by Brinna Deavellar, the following classic sentence structure problem occurs: “As a marathon runner, a lover of nature, and a vendor of fine life insurance policies, I knew that he was prepared for the challenge.” In the same story, this unintentionally humorous line follows: “When we reached ten thousand feet, thick mushroom gravy seemed to fill our lungs.”

In Tim Conly’s “Compassion,” the story starts with “She had been the first to come home and found him, she told her husband half an hour later, when he too returned from a fairly depressing day of work, the kind of day when nothing goes wrong or badly, exactly, but there is a vague bite of disappointment with each passing hour.” Help! The next page features a 108-word sentence that, instead of style, exhibits a lack of refinement in the craft of writing.

“May Prostitutes Only Take Cash” by Tyke Johnson includes this howler: “I enjoyed working with Joe, the fat, gay cashier addicted to pills with bleached hair who offered to give me a blow job before I . . .” Pills with bleached hair? Really? The entire enterprise needed both an editor and a proofreader as there are a number of dropped articles and one semi-colon dropped in the middle of a sentence.

Despite the criticisms, there are two short stories worthy of merit included here. “The Shooting Party” by Jack Frey is a nine-page story of a chance encounter in an exotic location that is both plausible and mysterious. It makes good use of dialogue and an inventive plot. In the brief description of each of the contributors, Mr. Frey is described as a Canadian living in Beijing, China, with his wife and two young boys while working on his first novel.

Michael Connor’s “Stevie and Louie” is a fun read about a young, single tourist in Austin and his encounters with like-minded pleasure seekers of the slightly shady sort. Beyond those two, no other short story or poem in this collection seems worthy of being immortalized in print.