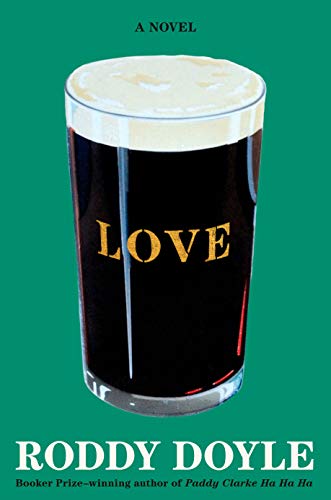 Roddy Doyle is the premier chronicler of modern-day Dublin. Following in the footsteps of James Joyce, who described the Irish capital so encyclopedically in Dubliners and Ulysses, Doyle has depicted the city’s more recent transformations in the many novels and short stories he’s written over the past three decades.

In The Commitments, for example, Doyle narrated the comic struggles of working-class kids trying to start a band that embodied “Dublin Soul.” In Paddy Clarke Ha Ha Ha, a poignant coming-of-age novel, he showed the lively thoughts of a ten-year-old boy growing up in North Dublin in the 1960s. And in Love, Doyle’s most recent novel, he focuses on two middle-aged men who get together for a drunken reunion that crisscrosses Dublin but ends at a very unexpected place.

What distinguishes Ireland’s capital from any other city is its craic. That’s an Irish adaptation of the Middle English word crak, which means “loud conversation, bragging talk.” Dublin’s pubs are full of good craic, and so are Doyle’s novels. After finishing one of his books, readers may find themselves sprinkling phrases like “y’bleedin’ eejit” more liberally in their everyday speech. And Love probably has a greater abundance of craic than any of Doyle’s previous novels, because the book is really an extended conversation.

The participants in this conversation are Davy, the book’s narrator, and his old friend Joe. When the two mates were young, they went pub-crawling together every weekend, but Davy moved to England after he got married, and now he sees Joe only during his sporadic, reluctant visits back to Dublin. Their reunion begins at a restaurant where Joe reveals some stunning news over dinner: He has left his wife for a woman that he and Davy used to know during their pub-crawling days.

The woman’s name is Jessica, and Davy remembers her as a mysterious beauty whom they worshipped from afar, both men staring at her across the crowded, smoky barroom of their favorite watering hole. But Joe now reveals that he had a more intimate encounter with Jessica back then and may have even fathered a child with her. And Joe says that when he saw her again almost 40 years later—in the hallway of a school during parent-teacher conference day—he felt an irresistible connection:

—She kissed me, Joe said now.

The man I knew—I thought I knew; I used to know—would have answered, ‘No, in the arse,’ or something like that.

—Yes, he said. —She remembered me.

Prodded by Davy, who seems both intrigued and irritated by the story, Joe argues that this affair isn’t a typical midlife fling. In fact, Joe claims that he hasn’t even had sex with Jessica since he moved in with her. Davy is incredulous and tries to elicit a better explanation, but Joe is unable to fully convey what this new relationship means to him. The best he can do is say, “I’m in a different world, man. I’m livin’ in a life I never actually lived.”

As their conversation progresses, the two men leave the restaurant and wander across the archipelago of Dublin’s pubs, getting drunk and sobering up and getting drunk again. Davy feels waves of fond nostalgia and nauseous frustration. He’s annoyed that Joe’s memories of their shared past don’t jibe with his own. On several occasions he resolves to leave the pub and end this dispiriting reunion, but he and Joe keep ordering pints they don’t want to drink.

Doyle perhaps does too good a job of rendering Davy’s frustration. Readers may get exasperated by the circularity of his debate with Joe and their inability to come to a better understanding of each other. It’s a relief when the narrative occasionally turns away from the two men and focuses instead on Faye, Davy’s wife. The talk about Jessica prompts Davy to think of his own great love and recall how they met. Although Faye appears only in these flashback reflections, she is easily the most likable character in the novel.

Near the end, the narrative takes another sharp turn and propels Davy and Joe to an emotional rendezvous with Davy’s dying father. It’s a satisfying scene in that it finally brings the two men closer, but Davy’s father is barely mentioned in the earlier scenes, and so the novel’s ending doesn’t really fit with the rest of the book. Doyle is clearly trying to say something about the nature of mature love—as opposed to the “spunk eyes” infatuation of youth—but the message seems muddled.

Despite these flaws, Love has moments of brilliance and is a must-read for Doyle’s fans. In Dublin, even a bad night on the town is still pretty good.

Mark Alpert is a contributing editor at Scientific American and an internationally bestselling novelist. His most recent book is Saint Joan of New York (Springer, 2019).