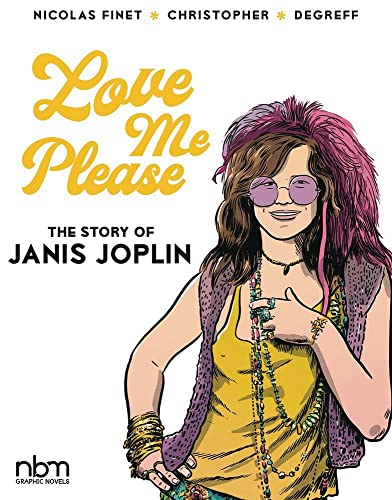 “‘Barely had you arrived in this world that you had to leave it, sweetheart . . . Too precocious, too uncompromising, too talented.’”

Janis Joplin was born in 1943 in Port Arthur, Texas. Her mom was a narrow-minded, religious fanatic. She discouraged Janis’s artistic creativity by frowning upon her nude drawings.

Janis began to sing along to Billie Holliday, Odetta, and Bessie Smith recordings when she was in grade school. At such an early age, Joplin’s voice stood out.

Mocked by high school peers because of her eccentricities, she built up a defense as a teenager with a strong mouth and active middle finger. By the time she turned 18, her parents couldn’t control her and shipped her out to relatives in L.A.

When that move failed, she agreed to attend UT at Austin, where she began to sing at a local pub. However, at 20, she quit college and headed out to San Francisco. Her singing gigs branched out to neighboring towns such as Palo Alto and Santa Cruz.

She soon got a reputation for “swinging both ways,” as one of her promoters claimed. The talk among record execs was, “ “. . . Janis goes for anything she can . . . drink, eat, smoke, sniff, suck, chew, Lord knows what else.”

While she still sang at clubs on the west coast, she began to lose control with her drinking and drugging. She was arrested in Berkeley for shoplifting, but then released. And it was drugs and dope that led Joplin to skid row and soup kitchens.

For a short while she went back to Port Arthur, got clean, and got a job. But the lure of music led her back to San Francisco, where she got a huge break with Big Brother & The Holding Co. In 1966, they signed a contract with Mainstream Records, and in 1967, with Columbia Records.

Joplin met many famous musicians while living at the Chelsea Hotel in NYC, including Leonard Cohen.

The next band she joined was the Kozmic Blues, and they appeared at the Fillmore East in 1969. Heroin intervened. Then came the world’s largest, peaceful outdoor concert, Woodstock, in August 1969.

Kris Kristofferson gave Joplin her biggest hit, in 1970, “Me and Bobbie McGee.”

Janis heard that Jimi Hendrix had died in London in September 1970. Less than three weeks later, Janis died from an overdose, at the Landmark Hotel in L.A.

Author Nicolas Finet writes, “Barely had you arrived in this world that you had to leave it, sweetheart . . . Too precocious, too uncompromising, too talented.”

Love Me Please, The Story of Janis Joplin is a short, 160-page graphic biography and visual delight, with colorful, lifelike drawings by Christopher, showing the span of Joplin’s brief life. Joplin joined the “27 Club”—those artists of the seventies who died young, including Jim Morrison and Jimi Hendrix.

It includes a strong, thorough appendix of black and white sketches (called “Character Gallery”) of personalities and influencers of Janis’s era, including Peggy Caserta (her former lover), David Crosby, Otis Redding, and other illuminati of then and now.

The reader will note a poor, inconsistent editing style throughout, perhaps because it was originally written in French and subsequently translated into English.

Great for nostalgic hippie boomers as well as for those of any era who appreciate learning about Joplin’s magnetic personality and wondrous music. The book’s intro sums up Joplin’s short and tragic life: “It is one of the most fabulous musical adventures in America of the second half of the twentieth century. Yet it lasted only five years.”