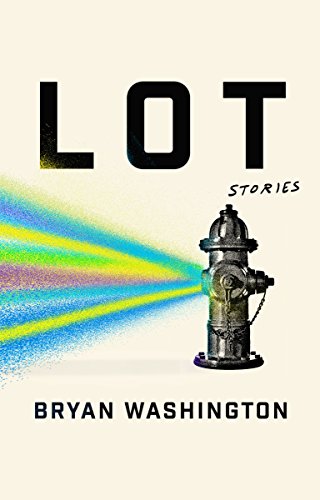 “Lot is far from a bleak read. Washington’s language takes the dense texture of poverty and turns into poetry.”

Lot, the apparently simple title of Bryan Washington’s vivid collection of short stories has, at the very least, a double meaning. It refers to life’s burdens and derelict plots of land, both of which are recurring themes in the stories. The one meaning it does not include is plenty unless, like the words of the Gershwin song, it’s plenty of nothing. But even that’s misleading because, while its sharply drawn characters hang by a thread to the bottom rungs of the economic ladder, a lot goes on in their lives.

At the heart of the collection are seven stories about a mixed-race family—the mother is black, the father, Mexican—who run a restaurant in a distressed, riotously diverse neighborhood in Houston. All but one is narrated by the nameless younger son who progresses from childhood to early adulthood in the course of the stories; the odd one out is narrated by his sister.

This is one of Tolstoy’s unhappy families: the father abandons wife and children for another woman, the mother works grimly to keep the family and restaurant afloat. Elder son, Javi, deals drugs, knocks up at least one of his many girlfriends, and alternately protects and bullies his younger brother before escaping to the military. Daughter Jan stages a slow disappearing act from the family only to emerge married to a white husband in a middle-class life. The nameless younger son finds no shelter for his sensitivity or his queerness in the bleak, naked tumble of urban poverty.

But Lot is far from a bleak read. Washington’s language takes the dense texture of poverty and turns into poetry. “They lived in a shotgun with swollen pipes,” he writes. “It was the kind of house you shook your head at when you drove up the road.” And, “When our father left, he took every sound in the house with him.” And, “Rick was taller than Javi, the most light-skinned of us all, and he carried himself like all of kindness in a bottle.”

Washington’s writing is spare but sensual, the characters unsentimental but compelling. Lot is a deep dive into a world that that most people glimpse from freeway overpasses or on the local news reports of drive-by shootings and drug busts.

Most of the remaining stories that fill the book don’t quite measure up to the family stories. One about a ragtag baseball team is little more than an extended anecdote while another, much longer tale about the discovery by two boys of the legendary Chupacabra trails off without much of a payoff. A long story called “Waugh,” about five young rent boys who share an apartment under the watchful eye of their slightly older leader, while beautifully written, verges on the sentimental. Only “South Congress,” about a Black drug dealer who takes an undocumented Guatemalan teen under his wing, is equal to the family sagas that drive the book.

These cavils aside, Lot is an unsparing but compassionate work of fiction. Bryan Washington is a name to remember.