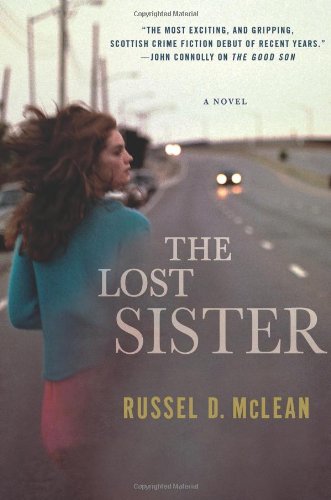 In Dundee, Scotland, 14-year-old Mary Furst mysteriously vanishes. The young girl’s family believes time is running out, as Mary is a great student and promising artist who would never have just simply run away from home.

Not expecting the overworked cops to rescue the teen alive, former Dundee cop turned private investigator, J. McNee is hired to find the child, hopefully alive. He agrees with the assessment that the child was snatched and not simply a runaway, and takes on the case.

Unexpected, and somewhat unwanted, help turns up in the form of another PI who definitely isn’t all that he seems. What is initially nothing more than a favor for a journalist friend soon becomes a personal vendetta involving McNee’s nemesis, David Burns, a notorious gangster who just happens to be the missing girl’s godfather. Hoping to pin the blame for anything against Burns, McNee’s investigation takes an unexpected twist, uncovering dark secrets that have been buried for years. McNee finds that Mary’s mother is strangely uncooperative so he browbeats her trying to get her to reveal what she obviously knows.

Soon, he becomes drawn deeper and deeper into the case and becomes emotionally entangled, barely concealing his fury that if he can get his hands on the culprit—or culprits—all hell will break out. The pace quickens as McNee rushes to find Mary before it’s too late—but something in his heart tells him too late is already at the doorstep.

Despite McNee’s hard man reputation, thankfully there are deeper lines of emotion in him. He still carries the scars, both psychical and emotional, of a car crash that resulted in the death of his girlfriend, Elaine. Tellingly, on page 33 of The Lost Sister, the veil covering the tough guy persona slips, and it is this hidden grief that makes our anti-hero just that little bit more human:

“When she died, I couldn’t go to her graveside. Afraid of how it would affect me. To break down like I feared was a sign of weakness that Scottish men are taught to dismiss. We don’t break down. We don’t cry. At least, that was the excuse I used for myself.”

There’s a violent undercurrent always ready to surface in McLean’s gritty take-no-prisoners prose and storytelling. Once he begins, you are roped in to the end, regardless of how many excuses you make to yourself to put the book down. The noir trinities are keenly and astutely observed: Dirty. Bloody. Menacing. They are all here, delivered expertly by a telling hand.

The Lost Sister will add more fans to McLean’s impressively extending list. It’s a must-have book for any aficionado of noir and crime fiction looking for something both original and darkly refreshing.