The Lost Girls of Paris 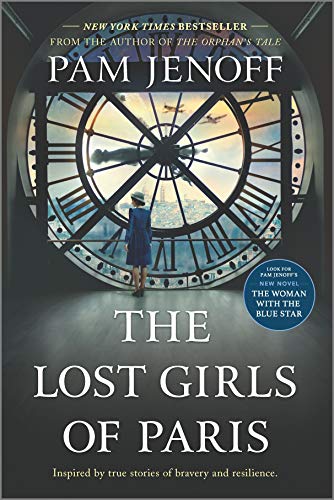 "The unexpected lurks at every corner."

There are a lot of second-rate thriller/adventure stories published. They proliferate in the bookshops found on railroad stations and airports. This one deserves a special place since it stands head and shoulders above most of the others. It is outstandingly good. But then what else would one expect from this youthful writer who has already won high praise for her previous works, including one international bestseller, The Kommandant’s Girl?

The story has many layers, twists and turns that leave one almost breathless. It is impossible to put down. Many readers will feel compelled to read it in one go or there’ll be a lot of late nights!

It’s a Second World War story set in Britain where a secret organization The Special Operations Executive, SOE, runs a dangerous spying operation in German-occupied France. The central role is played by Eleanor Trigg who has been recruited in a café by an observant member of the agency because she is reading a French novel. He takes her by surprise, but after a conversation he persuades her to read a page to him. He realizes she has no accent—her mother was French. He recruits her.

She enters the agency to be given a well-paid job, earning far more than her previous inconsequential work, but not one at the center of events. Before long she knows enough about SOE’s operations to realize that the reason so many of its spies on the ground are arrested, incarcerated, and often killed is because they are men. She connects the dots. She realizes that there are few young men around in France—they have all been conscripted—so a young man, however good his French, stands out.

She persuades her director, overcoming in-house opposition from the senior men, to allow her to set up an all-women’s spy unit. They will easily mix in with the local women. She succeeds and she recruits. The training in Scotland is arduous, pushing both physical and mental stamina to their upmost limits. Resisting torture is one part of it. They are taught that their sweater will probably have an English type of stich. They must wear one with a French-type stich. Otherwise it’s a give away to the police. There is a lot of this kind of detail. They are given 10 minutes to re-assemble a taken-apart radio transmitter.

There is a parallel story, taking place after the war in New York. Grace Healy who works for a lawyer who specializes in cases for the indigent, witnesses a car crash. The victim she discovers from the press is Eleanor Trigg. This leads to a story within a story that eventually come together in a way the reader could never foresee. Grace works out, after a lot of detective work, what Eleanor was doing in New York. The end of the novel arrives with a final twist.

The story unfolds at a rapid pace. It would be unfair to the reader to reveal more. Safe to say there are many layers to this book. The unexpected lurks at every corner.