The Lost Book of Eleanor Dare 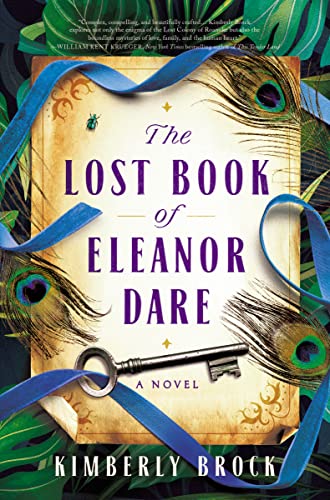 “Weaving myth and legend with historical fact pertaining to an age-old American mystery, The Lost Book of Eleanor Dare is a spellbinding, beautiful story written by a graceful hand with just the right amount of mysticism.”

The Lost Book of Eleanor Dare is historical fiction based on a true story with legendary status having to do with a mystery beginning in 1585 concerning the Lost Colony of Roanoke, whose citizens vanished without a trace during the perilous times of America’s early settlement. It’s a multigenerational story haunting Alice Merely Young, a WWII widow in her late thirties, and mother to 13-year-old daughter, Pennilyn.

It is the spring of 1945 when Alice’s small-business owning father dies in Helen, Georgia, and Alice returns to the deep roots she tried to outrun on her family’s neglected, vast acreage farm, six miles from Savannah. On riverside grounds sits a dilapidated mansion named Evertell, which Alice inherited. The house has suffered since she’s last seen it, and in Alice’s absence the secrets of her lineage once whispered by forebears, from one generation of women to the next are now silent.

Across the river by the family graveyard, in the small chapel on Bell Island, a treasured commonplace book is housed, which the mother of Alice’s ancestor, Eleanor Dare, began in England, and which Eleanor safeguarded as a Roanoke colonist with an eye toward passing down to future generations. In the commonplace book, Eleanor Dare scratched a secret: “Every woman in Eleanor’s mother’s line waited for the day when her heart would be ready and she would have a vision, her Evertell, a sign she’d come of age and with it the gift of guidance from her forebears. . . . This is what passed from mother to daughter—a book of women’s wisdom and mysteries.”

It is now 15 generations down Eleanor Dare’s line, and Alice knows the commonplace book rightly belongs in the hands of her daughter, yet the bravery required to confess her role in one tragic night holds Alice back as she summons the memory of the last time she saw her troubled mother. Alice thinks, “My mother taught me that a story matters, not because it is true, but because it’s been told.”

Alice carries the burden of guilt over a failed familial rite of passage involving her mother and the legacy of a stone now lying sacrosanct deep in Evertell’s woods, thought to be inscribed by Eleanor Dare’s own hand. The memory of that night haunts Alice, who stands before the Evertell woods and thinks, “Until now, I’d tried to forget what happened. I’d never planned to go back to that place. But that was before I had a daughter of my own. Now she looks at me with the question all daughters are bound to ask their mothers: Who are you?”

Sonder Holloway has kept Evertell’s grounds for 23 years, ever since Alice and her father fled to the town of Helen after the death of Alice’s mother. Taciturn, reliable, and four years Alice’s elder, he’s a devoted man who has Alice’s best interest at heart, but the unreconciled shame Alice carries makes the reunion of the childhood friends awkward, and when Alice reports her intention of selling Evertell to finance Penn’s education, Sonder is sensitive to Alice’s past and patient.

He, and a handful of other wonderfully drawn local characters know well of Evertell’s secrets, for the tightly woven threads of Evertell’s storied fabric include many in the nearby village. All know the legend of the Dare stone connecting Alice’s family with a dark history, and though it’s of historical significance, Alice suspects that stone is the source of a family curse.

The Lost Book of Eleanor Dare is an intriguing, dreamy story about the impact of one unhealed woman who has yet to reconcile her past in such a way that lends itself to transparency with her young daughter, who, by birthright, wants to know and deserves to know about her own lineage. Author Kimberly Brock delicately balances mystery, family lore, and honoring one’s forebears in sonorous language throughout a sweeping story with three points of view, two timeframes, and remarkably steady pacing. Weaving myth and legend with historical fact pertaining to an age-old American mystery, The Lost Book of Eleanor Dare is a spellbinding, beautiful story written by a graceful hand with just the right amount of mysticism.